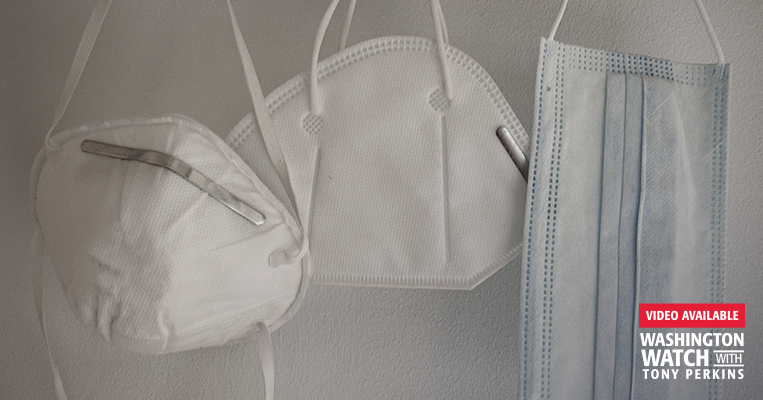 The Left Continues to Embrace Fear and Ignore Science

It's been two months since the Biden administration announced plans to require 100 million American workers to get the COVID-19 shot, and three months since the administration handed down mandates for all federal employees and military personnel. Yet in all that time, the administration still has not bothered to address the elephant in the room: Why trample on the constitutional and privacy rights of Americans to force a shot for a virus with an over 98 percent survival rate and to which nearly half of all Americans have natural immunity?

As it turns out, this question is just one in a packed room full of elephants left unaddressed by the administration. With yesterday's announcement from Pfizer stating that they have developed an antiviral COVID pill which could cut hospitalizations and deaths by almost 90 percent, another elephant has now been squeezed into the room.

Dr. Andrew Bostom, Clinical Trialist and Associate Professor of Family Medicine at Brown University, joined "Washington Watch" yesterday and pointed out that the targeted approach that was used to test the new pill should have been the strategy used for the COVID vaccine to begin with.

He went on to note that, just as there are many unanswered questions about the long-term health effects of the COVID vaccine, questions remain about how the new antiviral pill might affect healthy cells. "The point is, it's very different than these mass vaccination programs," he said. "And remember, we never developed a successful vaccine for HIV. We work more along [the new COVID pill testing] kind of model and made it a very, very manageable disease. I think there's a lesson to be learned here."

All of this underscores a key concept that the Left and the mainstream media have been ignoring since the beginning of the entire COVID vaccine debate: let's follow the science. Instead, the Biden administration has embraced -- with the media cheerleading -- a bizarre and dangerous approach: dictate first, ask questions later.

As Dr. Bostom made clear, this approach was wrongheaded from the very beginning. "The whole idea of treatment of COVID -- and it should have applied to vaccination -- should have always been to target those at high risk. The vast preponderance of the population is at risk for a relatively mild and self-limited flu-like syndrome, or even a cold in very immune kids. And so the development of either the vaccines or the drug should always have focused on [those at] the highest risk."

Instead, Americans are now faced with a one-size-fits-all mandate that not only ignores scientific precedent and common sense, as Dr. Bostom elucidated, but more importantly ignores the Constitution, with 27 states filing suit against the Biden administration's mandate.

News about the new COVID pill is just one of many reasons why the American people are more concerned about inflation and the economy than they are about COVID. It is now becoming increasingly clear that never-ending mask and vaccine mandates is a losing strategy for Democrats.

Even so, the Left will probably continue to try to make fear the central component of their political agenda -- fear of COVID, fear of capitalism, fear of parents, fear of unplanned pregnancies, fear of biological sex, fear of border enforcement, fear of climate change, etc. But as the November elections demonstrated, the American people are tired of being afraid.

RNC: We've Got a Ticket to Pride