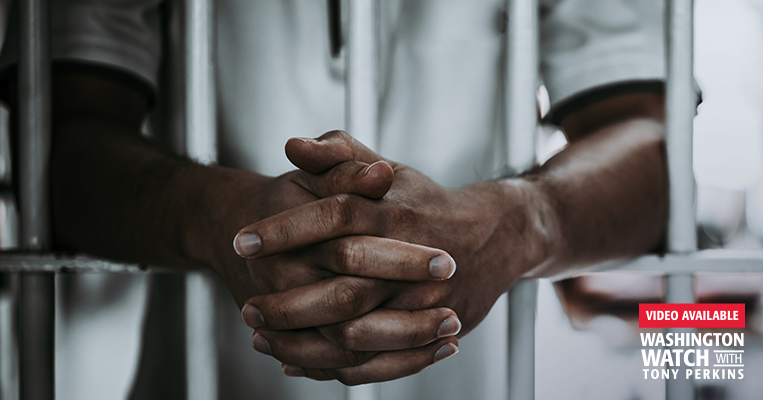 Nigeria, Islamism, and the High Risks of Truth-Telling

In mid-August, all eyes were fixed on Afghanistan. The world media focused on the U.S. military's rapid and chaotic departure and President Joe Biden's awkward and contradictory explanations. And in the days and weeks that followed, the Taliban's atrocities in that country increased exponentially.

Meanwhile, although the threats and curses were in another language and the victims looked very different, innocent Nigerian people were also being threatened, abducted, and massacred. And this was all being carried out in accord with the same Islamist ideology and with the same ferocity as the Taliban slaughters.

In short, while a horrified world watched the Taliban's swelling abuses and atrocities in Afghanistan, few turned their eyes toward the unholy violence in Nigeria.

Truthfully, it has always been all too easy to look away from Nigeria's seemingly endless bloodbath. In fact, the legacy media has never paid much attention to it in the first place, even though, as Crux reported in August:

Nigeria is becoming the "biggest killing ground of Christians in the world" due to attacks by Boko Haram and Fulani militants, says a leading charity. International Christian Concern (ICC) estimates between 50,000 and 70,000 Christians have been killed in the last decade in the West African nation, the most populous on the continent.

So, while the Afghan debacle captured the world's attention, a continuing bloodbath in Nigeria was all but overlooked. However, Morning Star News -- a Christian outlet -- remained focused on the violence in West Africa and continued to update their shocking reports.

September 28, 2021: Fulani herdsmen killed a Christian at a worship service in Kaduna state, Nigeria on Sunday (Sept. 26), and 30 others were slain in attacks later that night, sources said.

September 29, 2021: The killing of the Rev. Silas Yakubu Ali and more than 50 other Christians... shows that Christians are under siege from Muslim Fulani herdsmen," community leaders said.

Nigerian journalist Luka Binniyat wrote, "The murder of the pastor has again offered another opportunity for relevant government authorities and, indeed, the entire world to seriously examine the allegations made by... Christians over the years."

Binniyat also headlined a story for Epoch Times on October 29, "In Nigeria, Police Decry Massacres as 'Wicked' but Make No Arrests."

In recent days, the ongoing attacks in Nigeria have worsened exponentially. And so have threats to Binniyat, whose journalism has long demanded that the Nigerian government examine anti-Christian violence.

On November 6, The Christian Post reported that over 60 members of a Baptist church in Kaduna, Nigeria, had been kidnapped. "This kidnapping is a shocking example of the audacity of the so-called bandits and the impunity that is escalating, seemingly without bounds in Nigeria," said Jo Newhouse, spokesperson for Open Doors in sub-Saharan Africa. "The government is grossly failing its citizens in this matter and the continuing lawlessness is creating ideal breeding ground for extremism."

Binniyat was arrested by the Nigerian authorities on November 7.

Douglas Burton, an Epoch Times specialist on Nigeria, was interviewed by FRC's Tony Perkins on "Washington Watch" about Binniyat's arrest.

"Binniyat has been a journalist for 30 years," Burton explained. "He was the bureau chief for a big newspaper in Nigeria called Vanguard, and he's been in trouble with the Nigerian government before. Four years ago, he was jailed on charges of 'breach of the public peace' and of 'publishing false and injurious information....' In fact, the government of Nigeria has deliberately neglected to make arrests and prosecutions in dozens and dozens of cases of massacres in the state of Kaduna and Plateau States."

Perkins responded, "So here we have a journalist reporting that religiously motivated atrocities are taking place all across Nigeria. And, in fact, that's why Nigeria was designated by the State Department as a Country of Particular Concern (CPC). It is the largest African country in terms of population, and it has the ability to destabilize the entire continent this continues. So, what is the Nigerian government saying other than these charges that have been leveled against Luka? Are they defending their inaction in this case or what are they saying?"

Burton explained that the commissioner of public security, Samuel Aruwan, who identifies as a Christian, claims that what Binniyat wrote was false. Aruwan said that Binniyat was "inciting disturbance and...confusing the public about the government's role in allowing the genocide against Christians."

This is a typical response from Nigerian government officials. And at the time of this writing, Luka Binniyat's fate is unknown.

Those who follow Nigeria's horrific violence against Christians -- carried out for many years by Fulani radicals, Boko Haram, and Islamic State West Africa Province (ISWAP) -- are appalled by the Nigerian government's denials of complicity. The president of Nigeria himself is a Fulani tribesman who has filled most government posts with his kinsmen. And although the United States has declared Nigeria a CPC, Boko Haram, ISWAP, and Fulani Jihadis continue their murderous activity across that vast country without consequence.

Radical Islamism, which demands the death and destruction of "infidels," is not only acted out in places like Afghanistan, where the Taliban's number of victims is rapidly rising. That same Islamism continues to be the theological foundation for Nigeria's government as well as for other Middle Eastern and African countries.

Meanwhile, those who report the facts about Islamist activity -- courageous journalists like Luka Binniyat -- continue to face threats and scrutiny. And those intimidations are too often followed by retaliation and harsh reprisals.

Chill for Biden in Latest Pollster Vortex
NEXT