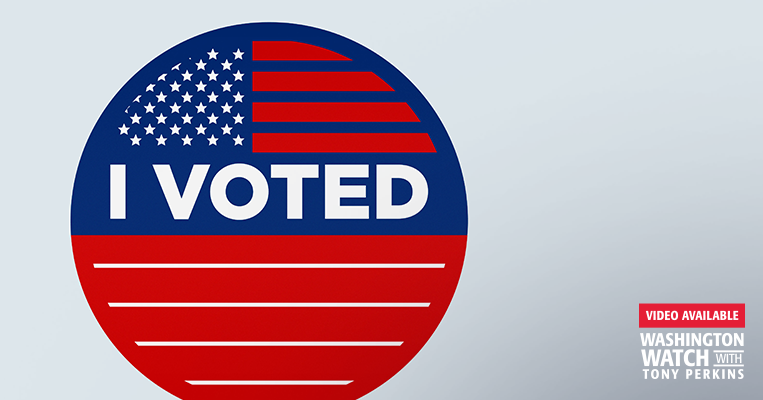 Never underestimate humanity's capacity to rationalize whatever they want to do, no matter how much evidence there is to the contrary. Take, for example, the latest spin on the 2021 elections. Last week, voters across the nation delivered stinging rebukes to Democrats, from the Republican sweep of statewide races in Virginia, to the nailbiter-that-shouldn't-have-been for the New Jersey governor's race, to the Republican victory for City Attorney in Seattle, to Leftist ballot initiatives to defund the police failing in Minneapolis and elsewhere, to the mayor of Buffalo, New York defeating an AOC-endorsed progressive with a write-in campaign. No matter the office or issue, voters voted against Democrats. The result was so stunning that even White House chief-of-staff Ron Klain couldn't help admitting, "voters sent a message on Tuesday."

But Klain got the wrong message, arguing voters "wanted to see more action in Washington," more progressive policies. No, they don't. Numerous polls show that, issue by issue, voters don't like the progressive policies Democrats are pushing. Scott Rasmussen found most Americans are experiencing supply chain issues (63 percent) and inflation (77 percent), which 59 percent of voters believe is caused by increased government spending (compared to 14 percent who disagree). He also found that, while the administration ramps up its vaccine mandates, 40 percent of Americans believe the worst of the pandemic is behind us, compared to 30 percent who fear the worst is yet to come.

The Democrats' legislative agenda fares no better. In an Emerson College poll, a plurality of voters (39 percent) said they believed the Democrats' massive spending package would negatively impact their lives (compared to 34 percent who said it would have a positive impact). While the Democrat plan would boost IRS access, 72 percent of voters think the IRS already collects too much personal information, Rasmussen found. Rasmussen also found 60 percent of voters oppose payments to illegal immigrants, for which Democrats want to allocate $10 billion, while only 28 percent approve (the National Republican Congressional Committee found similar numbers). As for the passage of the infrastructure and pork bill that Klain trumpeted proudly, Rasmussen said "among most voters, it was a nonevent."

All of this adds up to bad news for President Joe Biden, whose approval is "in the low 40 percent range," said Rasmussen, based on his own polling. Other polls agree, with Emerson rating him at 41 percent approval to 50 percent disapproval, and a USA Today poll handing him an abysmal score of 38 percent approval to 59 percent disapproval. That's 21 percentage points underwater.

Bad news for Joe Biden also means bad news for Democrats nationwide. "If the election were held today," said Rasmussen, "I would guess the Republicans would pick up 50 seats in the House and three or four in the Senate." Of course, a lot can change in a year, but for now the Democrats are in trouble. Part of their problem is self-inflicted He attributed Youngkin's victory in the Virginia governor's race to the vaccine mandate igniting anti-Democrat voters and the education issue flipping to Republicans, although traditionally seen as favoring Democrats. Parents were angry at "an attitude that says, 'parents, stay away,'" he said. "But what was truly remarkable about it is that McAuliffe and the Democrats just didn't pick up on it."

Out of touch though Democrats may be, they can't avoid recognizing overwhelming electoral swings. Despite Klain's rhetorical spin, Leftists from Politico to NBC are worried about a sound drubbing in the 2022 midterm elections. Some Democrats warn that doubling down on their woke agenda will make things worse. Will their party listen?

RNC: We've Got a Ticket to Pride
NEXT

Nigeria, Islamism, and the High Risks of Truth-Telling