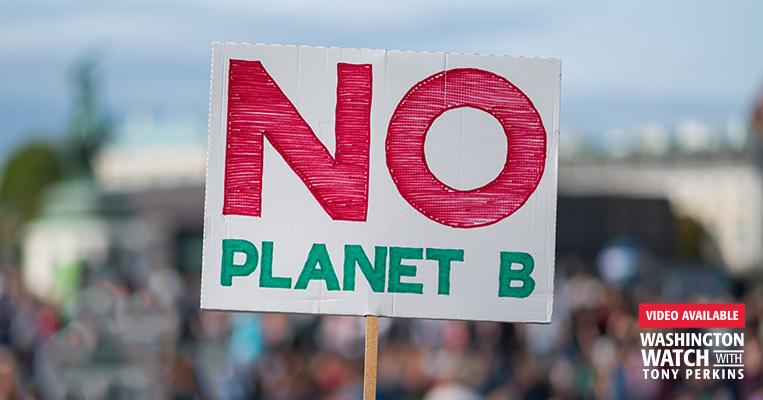 During a time in America when the price of basic household goods is rising and when employees across multiple sectors of the economy are facing a vaccine mandate or loss of their jobs, the Biden administration and progressives in Congress are now doubling down on making life even more difficult for the average American household. How? By making recklessly wasteful and counterproductive Green New Deal policies "the DNA" of the reconciliation spending bill that Democrats plan to push through by the end of October.

These Green New Deal policies will further drive up energy costs for those who can least afford it. They include forcing Americans to get 40 percent of their energy from wind/solar and other renewable resources within eight years. Not only would this policy dramatically increase the price for families to heat and power their homes, it could also potentially cost nearly 90,000 American jobs by increasing taxes on natural gas.

In addition, the bill includes eerily similar extraneous grants to what Obama did in 2011 when he gave a loan guarantee of $535 million to solar panel company Solyndra, which promptly went bankrupt. Biden's bill includes $5 billion for "environmental and climate justice block grants" and another $100 billion in green energy special interest subsidies. It also includes $264 million for the EPA to conduct research with left-wing environmental justice groups on how to transition away from fossil fuels.

Other concerning aspects of the reconciliation bill include a push for Green New Deal policies in schools, including a $10 billion "environmental justice" higher education fund which is designed to indoctrinate college students. There is also an $8 billion grant to create a "Climate Conservation Corps" which would act as a kind of "climate police" in order to push far-left climate policies and programs.

To top it all off, the reconciliation bill includes an authoritarian Green New Deal forced compliance policy that punishes conservative states who fail to incorporate green provisions by mandating consequences for states that don't meet green climate standards, while at the same time rewarding cooperating states with $4 billion in climate grants.

These are just some of the highly concerning and wasteful aspects of Biden's "Build Back Better" reconciliation fiasco. For more on the ways in which Biden's reconciliation bill undercuts families, be sure to read FRC's new resource 6 Things to Know About Biden's Anti-Family Budget Buster.