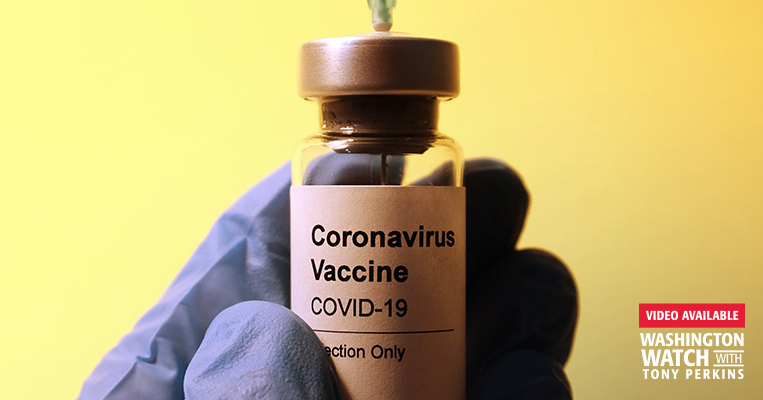 For most Democrats, creating political distractions is an art form. Not so much for Joe Biden, whose idea of changing the conversation on Afghanistan was starting a civil war over the COVID vaccine. Late last week, when the president threw down his national mandate, it was like taking people's minds off burnt toast by setting your house on fire. Sure, it got Americans to stop talking about the Taliban, but only because they were on the phone with their attorneys looking for ways to sue the government.

For the White House, it was another catastrophic failure in a presidency littered with self-destructive choices. In just three months, Biden's approval rating is in the place where he spent most of 2020: the basement. Down 16 points since the summer, the administration is taking on enough water to put out all of California's wildfires. And yet, there's no indication that this president understands or cares what's happening to his country or credibility. He's too busy wagging his finger at skeptical Americans like an exasperated parent whose "patience is wearing thin." But Joe Biden isn't our father, the government isn't our doctor, and the Democratic Party isn't our conscience. And until the White House starts treating Americans like adults, and not ignorant serfs, the resistance will only grow.

Dr. Greg Murphy (R-N.C.) has walked the halls of his local trauma center. He's seen the packed ICUs. And he's been very clear from the beginning that he believes in the science behind the vaccine. Would he recommend it? Absolutely. "But I do that because I'm a physician," he pointed out on "Washington Watch." "The fact that the Biden administration has felt the government needs to intervene between a doctor and their patient is blatantly wrong. It should not happen." But it is, and we can already predict the fallout. "[The president] is destroying our economy as it is," Murphy complained. And now, he predicts, we're going to have thousands of people choose to walk away from their jobs because of a mandate that's unconstitutional on its face. They'll go back to taking unemployment, increase the worker shortage, and put employers--who are already dealing with inflation and higher costs--in a bigger bind.

And here's the frustrating part in all of this, Murphy pointed out. The government isn't even asking the right questions. While the administration issues these blanket commandments, they're ignoring a major piece of the puzzle.

"It's one thing to be vaccinated," he said. "It's another thing to be immune." According to studies, most people who've contracted the virus already have antibodies that are just as effective--if not more so--than the man-made vaccine. "So instead of asking, '[Are you] vaccinated?' they should be asking, 'Are you immune?'"

But the Biden administration is willing to risk an entire workforce collapse to force their will on the American people. Already, hospitals are scrambling because so many nurses and health care workers are resigning. In Lewis County, New York, they've had to stop delivering babies because so many maternity workers have quit over the mandate. "We can't lose our nurses," Murphy agreed. "There has to be a discussion. An open, honest, and fair discussion... And unfortunately, this administration... doesn't [care] about the needs of the individual. They only care about the bigger picture and their power and control."

And they're paying for it. According to the Trafalger Group, Americans are adamantly opposed to the president's ultimatum. Almost 60 percent don't think Biden has the authority to mandate the vaccine in the first place. Fifty-six percent support the governors fighting back--like Brian Kemp (R-Ga.). Of course, we already know the president's cocky angle on federalism: "I'll... get them out of the way." Kemp could only shake his head. "I'll tell you what, he's talking tougher to the Republican governors and unvaccinated Americans than he did to the Taliban--which is disappointing, to say the least."

Like a lot of states, Kemp doesn't want the federal government bossing Georgia around. "I think folks should get vaccinated," he agreed, but not because the president ordered them to. "This is all about freedom," he warned, "because if you allow this to happen now, then what are [Democrats] going to do next? [Are they] going to tell your business what your hours are or when you need to give people vacation? ... It's just on and on. So I think it's unnecessary. And you know, soon as we can get some details on what the rule is going to be, then we'll know where the legal fight is [headed and] take our stand."

Whatever happened to the Great Uniter, Kemp wondered? Instead, Biden is trying to cover up for all of the crises he's created on the border and in Afghanistan with the most divisive policy in his young term. "I guess they're just trying to change the narrative in the news media, but I think they've underestimated this. I think the more people really realize how much work it's going to be, and how impossible it's going to be to do this, they're going to become just ready to pull their hair out."

Maybe if the president had been straightforward from the beginning--instead of lying, backtracking, and reversing course--there wouldn't be such a deficit of trust. But for Americans, who've lived through a year of mixed messages from this administration and its candidate before that, the White House has earned the skepticism it's getting. "The president himself said, 'Get vaccinated, take your mask off," Kemp pointed out. "Now they're mandating that you wear a mask again." There aren't enough closets in the White House to hold all of Biden's flip-flops. Show us the science, and we'll follow it. Until then, Americans value their freedom and liberty too much to roll over and surrender.

Open Treason on Trump?
NEXT