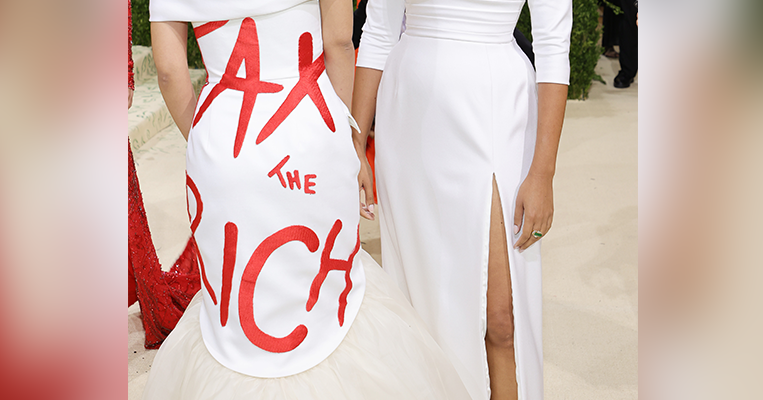 Democrats are running Congress like rowdy teenagers joyriding in a "borrowed" Lamborghini--they know they'll have to surrender the keys soon, so they'll extract every possible ounce of thrill they can. To fund their unprecedented spending proposals (running $3 trillion to $6 trillion), the House Ways and Means Committee has proposed an estimated $3.5 trillion in tax increases. While targeted at the wealthy, the brunt of the increases will fall on small businesses, families, and workers, forcing the struggling middle class down into the lower class.

Democrats plan to raise corporate taxes by one-quarter, from 21 percent to 26.5 percent. In some states, corporations would owe taxes up to 31 percent, a rate higher than every other developed country except Portugal (at 31.5 percent). Even Communist China has a corporate tax rate of 25 percent. U.S. businesses will face a choice between moving overseas--and taking jobs with them--or competing at a disadvantage. Businesses safe from foreign competition will simply pass through that 5.5 percent tax increase to consumers already struggling with inflation over 5 percent.

Democrats think they will be punishing businesses, their perennial bogeyman. In fact, they will hurt low-income workers. Rich Lowry noted, "if businesses are taxed at a higher rate, they have less resources available for the capital investments that improve worker productivity over time. This ultimately means lower wages for workers."

Some small businesses will be taxed at the highest individual tax rate, 46.4 percent. Of course, the Democrats' plan hides this maximum rate by combining of three separate taxes on high-earners.

Democrats will also tighten the screws on family-owned businesses by expanding the 40 percent death tax. The super-wealthy can afford to hire teams of accountants to help them largely avoid these taxes. But families owning farms, small companies, or business chains (like Hobby Lobby) will be forced to fork over bundles of scarce cash to protect their property.

Democrats also plan to raise capital gains taxes by one-quarter, from 23.8 percent to 31.8 percent. That would be the highest capital gains tax rate since the 1970s, a decade infamous for economic malaise. It's also when Biden, Pelosi, and Schumer began their political careers. This tax on saving and investment blocks investor funding for lower-class entrepreneurs and punishes ordinary families for prudent financial management.

Other taxes in the Democrats' plan include a 95 percent tax on prescription drugs (expect medicine prices to skyrocket), imposing tobacco taxes on vaping products, and retroactively removing tax deductions for donated land back to 2016, imposing penalties and interest on legal tax moves.

President Biden pledged not to raise taxes on anyone earning less than $400,000 per year. The House Democrats' proposal, which is less extreme than President Biden's own proposal would throw that pledge out the window. The last time a president broke a pledge against raising taxes, President George H. W. Bush lost his reelection bid to Bill Clinton.

Surely Democrats recognize that the largest tax increase since 1968 will lose them control of Congress, which they control by a slim margin. But they seem bent on throwing it away because they think some people make too much money.

Maybe they should look in the mirror. Last night, as a walking billboard reading "Tax the Rich," Rep. Alexandria Ocasio-Cortez attended the Met Gala, a decadent extravaganza worthy of the Hunger Games' capitol. Tickets cost approximately $35,000, the annual wages (before taxes) of a laborer earning $17.50 per hour. Event staff wore masks; celebrities did not.

Progressive elites say they are fighting for the working class. They're really joyriding in a "borrowed" Lamborghini.

Immune from Reason: Biden's Mandate Ignites a Nation
NEXT

All Eyes on Cali