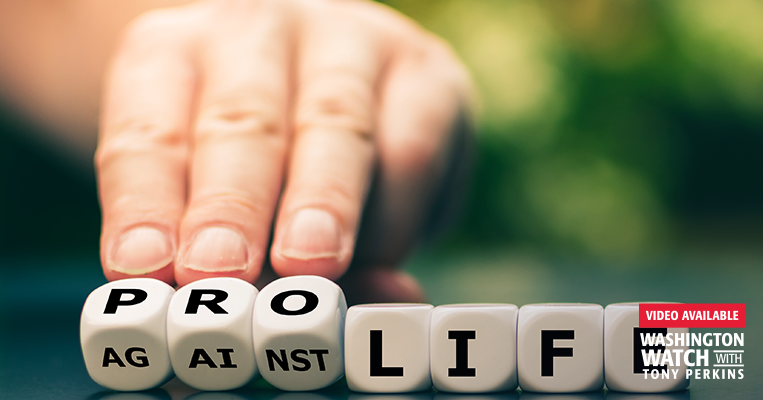 Abortion Activists Slow on the Draw

It's not like they didn't see it coming. Texas's new law protecting unborn babies where a heartbeat is detected (SB8) was passed in May, and Democrats "were asleep at the wheel," said Texas Lieutenant Governor Dan Patrick. When the law went into effect last Wednesday, "suddenly everyone woke up."

President Biden announced "a whole-of-government effort to respond" to Texas's "bizarre scheme." He boasted his novel Gender Policy Council was created to respond to just "such assaults on women's rights" (but apparently not to the Taliban's reign of terror against Afghan women).

Meanwhile, White House Chief of Staff Ron Klain went on CNN last Sunday to reassure Biden's base that "the best lawyers at the Justice Department" were "looking for legal remedies," admitting that the administration currently has no plan to block SB8. "It has them baffled as to how to stop it," said Patrick. SB8 adopted a unique enforcement mechanism to evade legal battles that have tied up other heartbeat bills, allowing private citizens, rather than state officials, to sue abortionists. As a result, lower courts and the Supreme Court found no grounds on which to prevent the law from taking effect.

Attorney General Merrick Garland, echoed Klain, promising the DOJ was "urgently explor[ing] all options to challenge Texas SB8 in order to protect the constitutional rights of women and other persons, including access to an abortion." In one breath, this onetime "moderate" nominee to the Supreme Court asserted a constitutional right to abortion (despite his inability to find a constitutional justification), and that "other persons" than women can become pregnant.

Absent a better justification (legal, not moral) Garland proposed to defend abortion in Texas using the Freedom of Access to Clinic Entrances (FACE) Act, which "prohibits the use or threat of force and physical obstruction." But the FACE Act "has nothing to do with this bill," Patrick pointed out. "No one has to show up at an abortion clinic to file the lawsuit." Courts exist explicitly as a preferred alternative to force, not as a subcategory of it.

President Biden echoed this smear attempt, calling SB8 a "vigilante system" that is "almost un-American." The key word, obviously, is "almost." Careful wordsmith Biden narrowly avoided calling the Declaration of Independence un-American for asserting the self-evident truth "that all men ... are endowed ... with certain unalienable Rights, that among these are Life."

Even harsher is the Portland, Oregon City Council, which will vote on banning trade with and travel to Texas, thus denying citizens of certain states the "privileges and immunities," such as freedom of movement and commerce, guaranteed by Article IV, Section 2 of the Constitution. One might even call the move "almost un-American." But Portland's reason is as American as apple pie. SB8 "violates the separation of church and state," said Mayor Ted Wheeler. Americans have been egregiously abusing that phrase for generations.

Will SB8 mark a tipping point towards protecting the unborn? Will courts even allow citizens to sue abortionists? It's too early to tell. But when abortion activists start throwing rhetorical spaghetti at the wall, it's clear they have no better strategy. More importantly, "anecdotally we're hearing that abortion clinics are stopping abortions," said Patrick. Those are lives saved. And other states including Florida are considering imitating Texas's bill.

Ever since the 1973 Texas case of Roe v. Wade, abortion activists have relied on unelected courts to indiscriminately strike down democratic, constitutional laws to protect unborn children. Ironically, the very year they fled the state to obstruct a bill in the name of voting rights, their anti-democratic strategy finally failed -- in Texas.