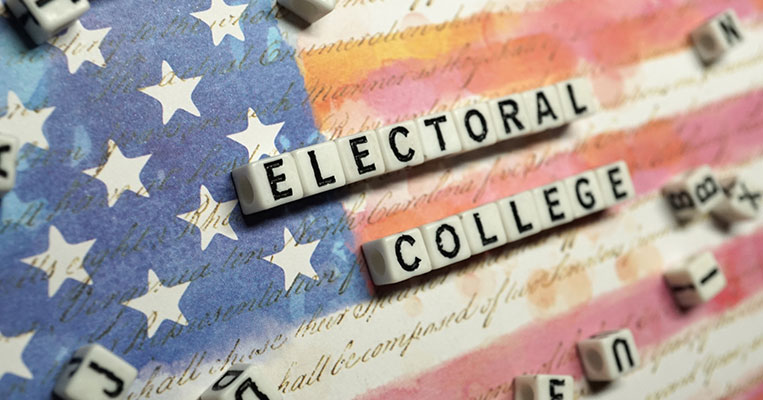 Joint sessions of Congress are usually perfunctory, formal events. But so far, nothing about Wednesday's gathering of the House and Senate is shaping up to be ordinary. When the results of the Electoral College are presented to Congress, they're usually certified without much controversy. That won't be the case this year when more than 150 Republicans have vowed to take the loudest stand against election fraud in U.S. history.

Spurred on by stalwarts like Reps. Mo Brooks (R-Ala.) and Louie Gohmert (R-Texas) -- who's been trying to stop the certification of the results in court -- Republicans are determined to protest the electors' final tally. As Brooks has insisted for weeks, there is "overwhelming" and "compelling" evidence of "serious voter fraud and election theft" that resulted in a Joe Biden win which he (and 39 percent of Americans) believe is suspect. "There are dozens in the House of Representatives who have reached that conclusion as I have," he explained. "We're going to sponsor and co-sponsor objections to the Electoral College vote returns of Michigan, Wisconsin, Pennsylvania, Georgia, Arizona, Nevada, and maybe more..."

Brooks, who was outspoken right out of the gate in November, has significant company now, as more than 140 House Republicans and a dozen GOP senators have pledged to join his cause. As constitutional scholars are quick to point out, if even a single member of the House and Senate object to certifying the votes, each chamber will be thrust into a formal debate on the Electoral College results. That's just fine with Senators like Josh Hawley (R-Mo.) and Senator Ted Cruz (R-Texas), who feel that 2020's suspicious processes are too important to gloss over.

In a statement to his Republican colleagues, Hawley argued that "No one has mounted a substantive defense of the state law under which the November election was conducted... [N]o court has ruled on the merits of this question. These are very serious irregularities, on a very large scale, in a presidential election... I cannot," he continued, "vote to certify the Electoral College results on January 6 without raising the fact that some states, particularly Pennsylvania, failed to follow their own state election laws," Hawley declared.

At the very least, he urged, "Congress should investigate allegations of voter fraud and adopt measures to secure the integrity of our elections. But Congress has so far failed to act," he said. "For these reasons, I will follow the same practice Democrat members of Congress have in years past and object during the certification process on January 6 to raise these critical issues." Before the Left could raise a stink, the Missouri senator reminded liberals that they, too, have objected to Electoral College results -- in 2004 and 2016.

This isn't about undermining the election, the senators argue. It's about protecting future ones. Not every Republican has the stomach to do that, they recognize. But protecting Americans' votes is the right thing to do. And thousands will be on hand in D.C. on Wednesday to cheer the conservatives on in one final stand -- a rally to show support for Congress's bravest.

At the end of the day, the results will come down to a lengthy debate and votes in Congress. If Republicans call the six questionable states on the carpet like they plan to, the whole process could take 24 hours -- or more. Critics, like Senator Pat Toomey (R-Pa.), say the whole idea is a waste of time because the GOP doesn't have the House votes to win. But they miss the point. Winning isn't as important as stopping Americans from losing their trust in democracy. And if that's what's on the table, then conservatives are doing something admirable: going down fighting.

In Georgia, 2020 Isn't Finished Yet
NEXT

Awoman's Place Is in the House?