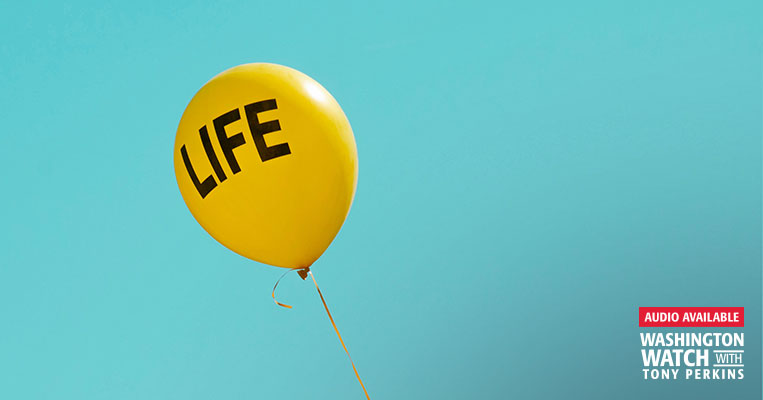 The Trump Administration Delivers on Life

Once again, the Trump administration has taken unprecedented action to protect unborn life and promote families, this time by helping to form a global coalition of countries committed to these aims. The 32 countries that signed the Geneva Consensus Declaration agreed that the United Nations should never promote abortion as a method of family planning. They also reaffirmed basic human rights that enjoy a broad consensus among countries across the globe, including "the dignity and worth of the human person." Travis Weber, Family Research Council's Vice President for Policy and Government Affairs, explained the importance of this declaration on "Washington Watch with Tony Perkins": "This is a big step, not just a symbolic elevation of these issues, but towards a furtherance in policy internationally, setting the stage for years to come."

Coalitions like the one formed by the Geneva Consensus Declaration, as well as the International Religious Freedom Alliance, provide a venue for countries to advance human rights outside of the constrictions of the United Nations, which has proven largely ineffective at promoting even the most basic of human rights. By thinking outside of the UN box, Secretary of State Mike Pompeo is making a noticeable impact on the world stage -- one that will hopefully outlast even the duration of the Trump administration.

The Geneva Consensus Declaration is a prime example of how the Trump administration has taken unprecedented action to promote life, family, and religious freedom. President Trump once described himself in 1999 as being "very pro-choice." Now, he describes the horrors of late-term abortion from the debate stage. Upon his arrival at the White House in 2016, it was unclear if President Trump was "all talk and no action." However, he has proven himself a president who does not just give platitudes to social values but follows through -- even beyond expectations. Early in his administration, he signed a commitment to nominating pro-life justices and defunding Planned Parenthood.

In 2019, the Trump administration took bold action to require financial and physical separation between clinics that receive Title X federal funds for family planning services and facilities that perform abortions. As a result, Planned Parenthood and other abortion facilities withdrew from the program, choosing to reject millions of dollars in federal funding rather than stop providing and referring for abortions. When presented with the opportunity to curtail federal funding for research that uses aborted fetal tissue, President Trump fought to go beyond just eliminating current National Institute of Health contracts using fetal tissue. He formed an ethics advisory board to review any new research contracts to ensure that they do not unethically use aborted fetal tissue.

President Trump has more than delivered on his commitment to nominating federal judges who uphold the Constitution's original meaning. In less than four years, the president has appointed and the Senate has confirmed 218 federal judges, including two Supreme Court justices and one more in the confirmation stage.

Under the leadership of President Trump and Attorney General Bill Barr, the Department of Justice (DOJ) has exceeded expectations in boldly defending religious freedom. This has been especially clear during the coronavirus pandemic, as the DOJ has intervened in multiple cases to protect churches from unconstitutional governmental overreach. President Trump has also taken new initiative to promote religious freedom abroad. Most notably, the State Department created the annual Ministerial to Advance Religious Freedom, gathering political and civil society leaders from around the world for a summit to discuss religious freedom issues and concerns.

President Trump has not only kept his promises to defend the unborn and protect religious freedom, but has far exceeded expectations in the face of adversity. As Weber concluded, "It's a huge change from what we've had before this administration. It's not just talk... this administration follows through unlike any I've ever seen before."

The Geneva Consensus Declaration is only the latest of many Trump administration accomplishments on life, family, and religious freedom. A full list of these accomplishments can be found at prayvotestand.org.

Graham and Feinstein: Embracing Our Differences
NEXT

Spend Your Sunday Morning with Us!