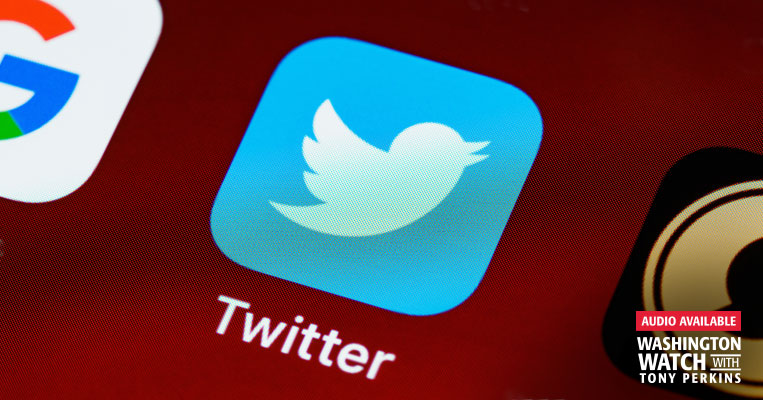 Biden Bombshell Gets the Silent Tweetment

If Twitter's first rush to censorship wasn't "great," then the response time to correct their bad judgment was even worse. It took 48 hours for CEO Jack Dorsey to respond to public backlash, agreeing days after it blocked the New York Post's story on Hunter Biden's hard drive that it would stop "straight blocking of URLs." Not that its belated policy will do much good, at least where public opinion is concerned. After this week, the American people are very aware of two things: 1. the Bidens have a lot of explaining to about their abuse of power during the Obama years; and 2. social media really has no interest in the "open forum" it holds itself out to be.

"You can imagine... the seismic outrage that would be generated if Twitter or Facebook banned a URL of a major news organization offering a story that hurt Donald Trump," David Harsanyi writes. "Yet less than three weeks from a presidential election, perhaps the most vital platform for political news and debate has locked down the accounts of a presidential candidate's press secretary, and of his official campaign, among others, at the behest of activists pretending to be journalists."

Making matters worse, most people would point out, no one has really disputed the Post's report. On the contrary, Politico wrote that even Biden's campaign "would not rule out the possibility" that the former vice president met with the Burisma executive he has adamantly denied meeting. If the Biden family, including Joe, profited from his role as vice president in places like Ukraine, Romania, and China, then Americans deserve to know. This is exactly the kind of corruption and moral compromise that voters don't want in a leader.

In the meantime, House and Senate Republicans are focused on doing everything they can to protect the election from more Big Tech meddling. Next week, Senator Ted Cruz (R-Texas) has assured everyone, they'll subpoena Dorsey and Facebook CEO Mark Zuckerberg to testify on the blackout and explain why they are "actively interfering in this election in a way that has no precedent in the history of our country." The RNC has tackled it from a different angle: filing a complaint with the Federal Election Commission to hold the companies accountable. "Respondent is engaged in arguably the most brazen and unprecedented act of media suppression in this country's history, and it is doing so for the clear purpose of supporting the Biden campaign," they argue.

This whole cover-up, PJ Media's Tyler O'Neal insisted on "Washington Watch," has backfired for the social media moguls. "The way Facebook and Twitter [have] handle[d] this, [has] really zeroed in the American people's focus on it. And, you know, it's funny. If the Biden campaign had just denied it, and if social media hadn't started going after the story, it might not have picked up the traction that it has... It's absurd, and it only [amplifies] the story and Hunter Biden's corruption and the way that Joe Biden is allegedly connected to it."

And it's all the more outrageous, conservatives point out, given how the media has treated the fake news about Trump. "This is a blatant double standard," Tyler argues. And yet, if it weren't for their double standards, Michael Goodwin pointed out, "Big Media and Big Tech wouldn't have any standards at all."

Biden on Trans Agenda: 'I Will Flat out Change the Law'
NEXT

The Barrett Confirmation: Is It a Done Deal?