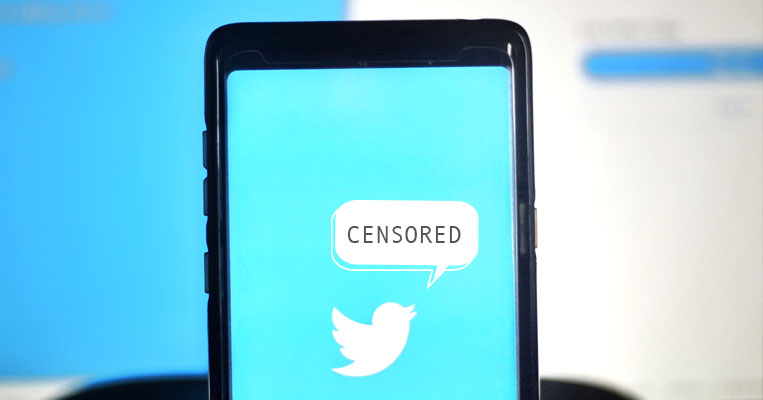 Rule #1 of Crisis PR: If you want to discredit a story, don't try to cover it up. Obviously, that advice never made it to Facebook and Twitter, because when the bombshell broke about Hunter Biden's emails Wednesday, both companies panicked. Instead of letting the news cycle play out, they made a desperate move -- blocking the New York Post's articles and locking down the accounts of anyone trying to share them. But unfortunately for them, rather than stopping the story, Big Tech became the story.

At best, the American people suspected Twitter was in the tank for the Biden campaign. By Wednesday evening, the company had removed all doubt. In one of the worst miscalculations of this election cycle, Jack Dorsey's platform didn't succeed in smothering the doubts about Hunter Biden's corruption, they managed to confirm them. As Dana Loesch pointed out when her own account was shut down, all Twitter has done is make the accusations about his dirty dealings more credible. "I wasn't even sure whether or not I believed how the laptop came to light, but the way that Big Tech is reacting only makes it look more [believable]."

This all came about, the Post explains, when someone dropped Hunter's laptop off to a computer repair shop in the spring of 2019. Months later, when no one retrieved it, the owner started going through the hard-drive and stumbled on a string of political stunners -- emails that suggested Vice President Joe Biden had met with the Ukrainian officials he's claimed he had no contact with, questionable "business arrangements" with foreign leaders (including China), lewd photos of Hunter, and other proposals that would amount to big payouts for the Biden family.

Frantic to apparently keep the details from upending the presidential race, Twitter and Facebook started blocking shares and posts. When that didn't work, they started suspending people's accounts, including the White House staff, House GOP, Republican members of Congress, and conservative commentators. They all got the same message -- that Twitter had deemed the link "potentially harmful." Oh, it was harmful all right -- to Biden's credibility, his campaign, and any scrap of confidence people had left in these platforms. Because as awful as these revelations are, the suppression of speech is actually worse. If Americans can't trust the media (and record numbers don't), then these open forums are their only hope for free expression and debate. But obviously, as Senator Tom Cotton (R-Ark.) and others point out, there's nothing "open" about them.

"Big Tech has spoken," Cotton stated. "You will see and read only what it finds politically acceptable." Then in a shot across the bow, he warned, "Twitter, Facebook, and all the rest of you: If you want to act like publishers, we will treat you like publishers." That shoe may have dropped Thursday morning when Senators Josh Hawley (R-Mo.) and Ted Cruz (R-Texas) announced that the Judiciary Committee will be voting to subpoena Twitter's Dorsey and Facebook CEO Mark Zuckerberg for election interference. "This looks like an in-kind campaign contribution to the Joe Biden campaign," Hawley argued. "It reeks. These tech companies... want to control what we read. They want to control the news. And we just can't let them."

On the House side, plenty of Republican members are up in arms, including Rep. Ken Buck (R-Colo.), who worries Big Tech may be trying to rig the election. He called for an immediate investigation, insisting to Attorney General William Barr that these platforms have violated their "immunity under Section 230 of the Communications Decency Act." If they want to censor free speech and "curtail Americans' access to a free press," then they should be held liable for it. "I also urge the DOJ to consider removing Section 230 immunity for social media platforms that engage in political content moderation."

Twitter's Dorsey, meanwhile, offered a half-hearted apology, saying his company's decision-making "wasn't great." Wasn't great? Try criminal! In a country where the media is already a sewer of lies, spin, and disinformation, the last thing Americans need is another platform that calls itself "neutral" but only gives a voice to one side of the debate. No one is fooled. As the NRO editors point out, "Over the past five years there have been scores of dramatic scoops written by major media outlets such as the New York Times, the Washington Post, and CNN that were based on faulty information provided by unknown sources that turned out to be incorrect... Not once did it censor any of those pieces." It's even more astounding when you consider the last four years of coverage, where every lie about Trump is treated like fact and every phony conspiracy grounds for impeachment.

At the end of the day, Big Tech's cover-up backfired. More Americans know about Hunter's shady dealings than if Twitter and Facebook hadn't gotten involved. And, more importantly, they understand exactly what they're up against now that the Democratic operatives behind the world's largest platforms have been exposed for the political hacks they are.

Calling Our Florida Friends!
NEXT

Ballots 2020: Going Postal Has Its Downsides