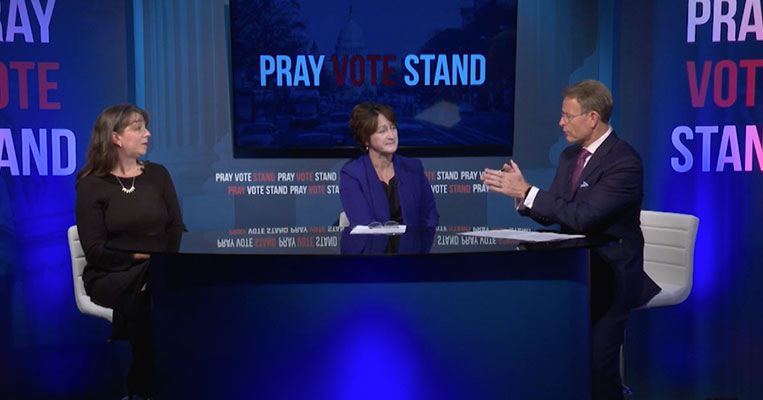 'Parents Need to Know They're Being Cut out of the Process'

"If there is a silver lining in the coronavirus pandemic, it may be the education that parents have received about what their children are being taught in government schools." As FRC President Tony Perkins made clear in the introduction to the sixth episode of FRC's Pray Vote Stand 2020 webcast series, government classrooms are where "kindergartners are learning that sex is encouraged but God is taboo" and kids are taught that America is a toxic, fundamentally unjust place.

"Parents need to know that they're being cut out of the conversation, that teachers and administrators have an agenda," said Maria Keffler, a Virginia mom who formed the Arlington Parent Coalition to fight back against the radical Left's public school agenda. "My first experience with this was at a working group meeting where the director of counseling at Arlington Public Schools said that the school needs to 'help parents along' if they're not there yet. I thought this was the most arrogant thing I had ever heard, that the school is assuming they know better who my children are than I do."

Keffler went on to point out the heartbreaking conflict that is being caused by "egregiously inappropriate" comprehensive sex education: "This is one of the most devious and awful things that is being done, is you have parent's teaching children one thing, and this trusted teacher telling the child just the opposite, and that is an awful divide for a young child to try to bridge. Children are being forced to pick. 'Do I believe and trust my parents, or do I believe and trust the school'? There's really no bridge between the two of those right now."

She also revealed that many public schools are now allowing a child to change their name and gender marker in the school database with or without the permission of their parents.

Mary Rice Hasson of the Ethics & Public Policy Center emphasized that schools intentionally hide policies from parents, often in violation of the law. She encouraged parents to push hard against these policies and fight for their rights as the primary educators and guardians of their children.

Is there a contrast in education ideologies between the two major political parties? "Absolutely," said Hasson. "Education is one of those places where you see it in stark relief. You see it in the attitude towards charter schools, or vouchers, or programs that would enable parents to make choices about what's better for their children. But you see it in other ways too. In the education section of the Democrats' platform, they're talking about the need for 'wrap-around services,' which means the school is displacing the family ... there's a mindset that is radically different between Democrats and Republicans."

What do parents need to be doing? "Find out what's actually happening and do not rely on 'good feelings,'" said Hasson. "Your child gets one school lifetime. You don't get a do-over. Look at your child's vulnerabilities and their needs, and make your decisions accordingly."

Be sure to watch the entire sixth episode of our Pray Vote Stand 2020 program, and watch the panel with Hasson and Keffler below.

The Media's Fact Wreckers
NEXT

In Tonight's VP Debate, the Contrast Could Not Be Starker