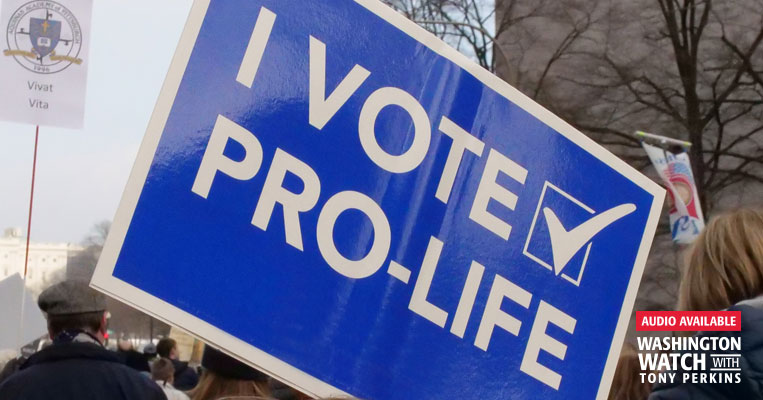 On September 14, the Trump administration reaffirmed its commitment to pro-life values in a proposal which would extend the reach of the Protecting Life in Global Health Assistance (PLGHA) policy. The PLGHA policy, formerly known as the Mexico City policy, currently requires non-governmental organizations to agree, as a condition of their receipt of U.S. federal grant money, to neither perform nor promote abortion as a method of family planning overseas. The Trump administration's new rule, if implemented, would apply this policy to contracts and subcontracts as well as grants. As noted by The Hill, these contracts "make up about 40 percent of global health aid."

Yesterday, Jennie Lichter, Deputy Assistant to the President for Domestic Policy at the White House, joined me on Washington Watch to discuss the executive action. Jennie, a former FRC employee, explained that the Trump administration has worked hard to expand protections for the unborn both at home and abroad. For decades PLGHA policy has been "a political football," implemented by Republican presidents only to be taken down by Democratic ones. The Trump administration's push to further the reaches of the pro-life policy reflects its broader attempt to cement it into place. The goal is to limit the federal promotion or funding of abortion as much as possible. As Jennie told me, "we want to be using taxpayer money responsibly and avoiding using taxpayer money to pay for or promote abortion in any way."

This new policy is a systematic application of the president's commitment to making sure that taxpayers are not on the hook to fund abortion or promote abortion in our foreign policy.

In response to criticism that this expansion of the PLGHA policy will prevent health care from reaching women and girls around the world, Jennie reassured listeners that the proposal does nothing of the sort. "There were a few grantees who declined to agree to this new dismutase condition for ideological reasons," she explained, referring to the Trump administration's implementation of the original PLGHA policy. "But the agencies were right away able to pivot to other providers who stepped in to provide the health programming that we want to be funding."

Far from reducing the amount of aid given to foreign organizations, the administration's new rule would simply ensure that contracts are made only with those organizations which respect the right to life. These two things are not mutually exclusive, despite what opponents to the expansion of the PLGHA policy might claim.

As Jennie reminded us, "principled pro-life policies and provision of quality health care to women and girls around the world do not conflict. Despite what you might hear from the Left, we can do both these things at once."

This new regulation will be open for public comment until November 13, 2020. We heartily celebrate it as further evidence of President Trump's commitment to meaningful pro-life policies which are advancing a culture of life in our nation and around the world.