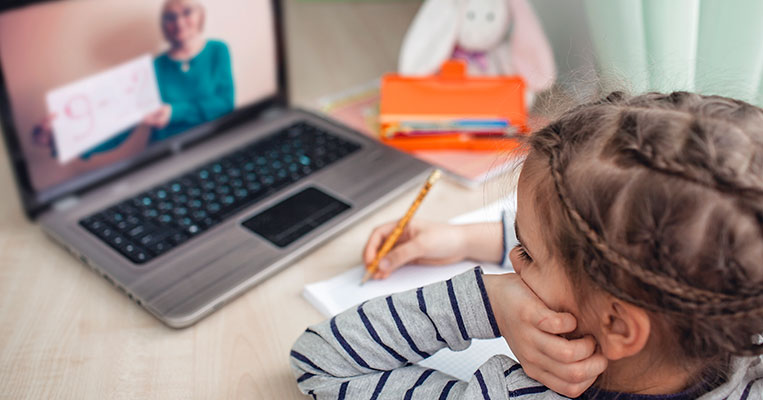 A Choice Movement We Can All Get Behind

President Trump has been trying to make school choice a priority for months. Now, with the virus forcing local districts to scrap their fall plans, he might finally have the opening he's been waiting for.

After an aggressive push to get kids back in the classroom this September, the president -- like a lot of leaders -- has finally had to reckon with the grim realities of the pandemic. With almost every major district reverting back to virtual learning, the White House agreed Thursday that safety has to come first. "Our goal is to protect our teachers and students from the China virus while ensuring that families with high-risk factors can continue to participate from home." But that doesn't mean that Americans shouldn't have options, he insisted. If families don't want to fall into the same distance learning patterns of the spring, they shouldn't have to.

"If schools do not reopen," President Trump said during Thursday briefing, "the funding should go to parents to send their child to [the] public/private, charter, religious or home school of their choice. The keyword," he emphasized, "being choice." "If the school is closed, the money should follow the student so the parents and families are in control of their own decisions. So, we would like the money to go to the parents of the student. This way they can make the decision that's best for them."

That was music to the ears of a lot of parents, who are scrambling to find stable solutions for the fall that not only fits their schedules and their children's needs -- but that won't cost more on top of the taxes they are paying to public education. Of course, Republicans have been trying for years to boost scholarships and tax credits for charter and private schools. Now, in one of the few silver linings of COVID, the virus is giving the administration and Congress an opportunity to get creative. Nothing, Republicans say, should be off the table. Families should be able to use the money for everything from education technology to supplementary curriculum and more.

Before the president even made his pitch, Senators Tim Scott (R-S.C.) and Lamar Alexander (R-Tenn.) were racing to get a bill called the School Choice Now Act on leaders' desks. "Children in all K-12 schools, public and private, have been affected by COVID-19," Alexander pointed out. "Many schools are choosing not to re-open and many schools are failing to provide high-quality distance learning. The students who will suffer from this experience the most are the children from lower income families. This bill will give families more options for their children's education at a time that school is more important than ever."

The proposal leans heavily on the Education Freedom Scholarships concept that the president mentioned in his State of the Union address. Considering the urgency of the situation, Scott and Alexander are proposing a one-time emergency cash infusion to each state. According to the senators, local leaders could direct the dollars as they see fit, and families would get direct financial assistance for private school tuition or homeschooling expenses.

The sooner the better, as far as private schools are concerned. At least 107 have been forced to permanently close their doors because of pandemic hardships. And that isn't just bad news for suburban parents, but also the huge number of inner-city children they serve. That should bother liberals, who insist they care so much about minority communities. It doesn't. Like so many of their phony crusades, the far-Left doesn't actually want to lift kids out of poverty. If they did, they wouldn't be suing the Department of Education for suggesting that faith-based schools should have some share of the virus relief funds.

Instead, the NAACP, along with the gangters at SPLC, would rather disenfranchise black and Hispanic families than give them alternatives to failing government schools. Like most liberals, they're desperate to protect government education, which provides them a monopoly for the impressionable minds of children. Late last year, SPLC even launched a campaign to wipe out voucher programs -- keeping low-income kids trapped in their dead-end schools and slamming the door on any chance of future success. (This is the same "social justice" group that tried to destroy the thriving charter school system in Jackson, Mississippi, where minority students were shattering state performance records.)

Hopefully, the Left's war on school choice is going alienate them with a huge swathe of their base -- who's always been as enthusiastically supportive of the idea as conservatives. They need to understand, the Washington Post points out, this is a political winner for Trump. Most parents want options, and now is the time to do what Congress should have done a long time ago and give them some. Maybe, Forbes points out, the "School Choice Now Act could be a place where those from the Right and Left could come together... [and] meet the diverse needs of their communities. If that were the case, it would be a silver lining to the dark cloud of the [recession] and the virus that created it."

Life in Lincoln: A Vote to End the Violence
NEXT