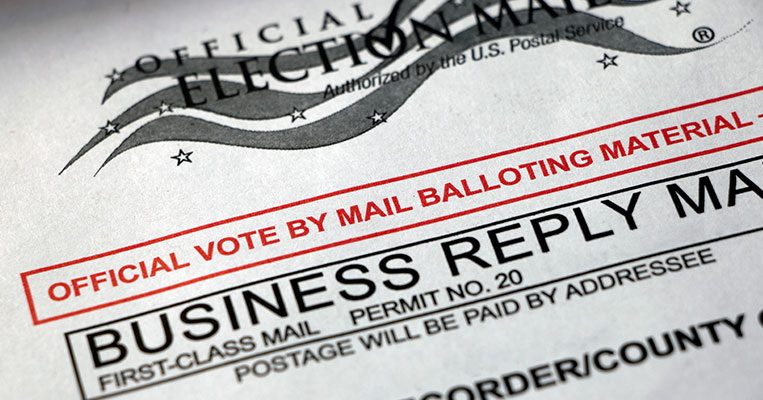 Unsigned, Unsealed, and Undelivered: The Perils of Mail-in Ballots

It's a "myth," USA Today insists. "Rare," writes NPR. Either way, the New York Times argues, "it doesn't affect elections." That's interesting, the Heritage Foundation points out. Because they've counted more than 1,285 cases of this rare myth of voter fraud that doesn't affect elections in the last four years -- and they're convinced: that's not all of them.

Cheaters have prospered -- and they'll continue to prosper -- voters worry, if the Left's campaign for universal mail-in balloting succeeds. According to a new Washington Post/ABC News poll, a plurality of Americans worry that the Democrats' idea makes the election "vulnerable to significant levels of fraud." A majority of them -- 60 percent -- want to vote in person this November, the latest sign that George Soros's plan to steal the election isn't fair or popular.

With more than 70 lawsuits underway in states across the country, Democrats seem intent on forcing their way to a different system. But, as Hans von Spakovsky pointed out with Sarah Perry on "Washington Watch" last month, that won't score them any political points. This isn't a partisan issue anywhere except DNC headquarters. By and large, every American wants some form of election integrity, and this system -- which we already know from this year's primaries and local elections -- is ripe for abuse.

"If you talk to liberal activists and liberal leaders of the Democratic Party, they're all against voter I.D. If you actually look at the polling, you find that everyday folks -- no matter whether they're Republican, Democrat, Independent, no matter whether they're white, black, Asian, Hispanic -- a majority of them say voter I.D. [makes sense]. So their constituents don't agree with the views of their leadership." The same goes for voter fraud, he said. In the polling he did for his book with John Fund, "we found that African-Americans were more concerned about voter fraud in communities than other voters."

And why shouldn't they be? Democrats are talking about a system with no witnesses, no voter ID, no certainty that their vote would even be delivered. If Americans thought 28 million missing votes over the last four elections were bad, imagine no accountability or supervision whatsoever! True the Vote Founder Catherine Engelbrecht prays it doesn't come to that. "This is engineered chaos," she warns. "We need to see it for what it is. This is not an effort to make sure that those who've been affected by the pandemic are going to be able to cast their ballot in a secure and well-defined process. It's anything but that." It doesn't matter if you're dead, incarcerated, illegal, or unregistered, Catherine points out. Every active or inactive voter would get a ballot. "Then you throw in all the dysfunction that is the U.S. Postal Service ... and it begs the question, why are we doing this if not but for intentional manipulation to a certain end," Engelbrecht said.

As FRC's Ken Blackwell has argued, we can't let anyone exploit this crisis to take away the integrity of our elections. "This pandemic may seem like it's changed everything, but it has not changed the rules of our constitutional republic. Let's keep it that way."

A Veep of Faith?
NEXT

Mike Pompeo: In His Own Words