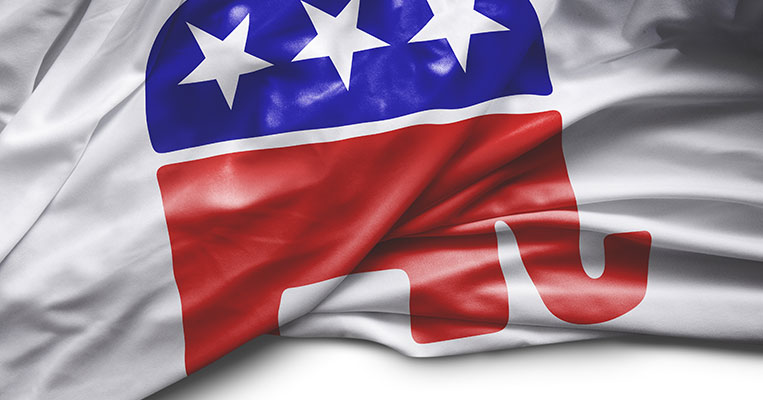 A Platform for Principles

Thanks to the pandemic, there's a lot still up in the air about the Republican National Convention. But apart from health protocols and locations, there's one detail that shouldn't be up for debate: the format of the party's platform. A lot of Americans might make the mistake that those detailed documents hammered out over days at the conventions don't mean anything. On the contrary, history shows -- they mean everything.

Behind the scenes, there's been a lot of internal discussion about whether it's time to trade in the traditional approach for a simpler, less specific declaration. Even the president, earlier this morning, tweeted that "The Republican Party has not yet voted on a platform. No rush. I prefer a new and updated platform, short form, if possible."

Of course, it's not the first time this idea has been floated. In the last several months, a handful of the president's advisors have suggested that the longform blueprint should be completely overhauled. Instead of painstakingly creating a list of priorities and principles, they believe it should be shrunk to a pocket-sized card with 10 principles. A "mission statement," some have called it. It's their opinion (a misguided one, as far as I'm concerned) that Republicans could build a bigger tent if the GOP didn't spell out issues on gender identity, for instance, or school choice.

Considering the upheaval our country has gone through -- and is still going through -- that would be an enormous mistake for both parties. Only Rip Van Winkle wouldn't be aware of how the world has been turned upside down over these last four months. There is no business as usual. The Democratic and Republican conventions are no exception in this coronavirus world. Both conventions will undoubtably be smaller, whether by state restrictions or self-imposed distancing. But despite the reduced size of the crowd, next to the party's nominee, it's the platform of the respective parties that stoke the enthusiasm of their electoral bases. Abandon the platform and the core values of the party and the parties will see voters abandon them -- not in terms of switching parties, but in terms of enthusiasm and engagement.

The platform is the anchor that helps tether the nominees to the core principles of their party -- in the Democrats' case, to things like taxpayer-funded abortion and transgender surgery for teens. At its core, the platform is a marketing tool -- letting Americans know what the party stands for and will work toward -- and an exercise in contrast, showing voters how powerfully Republican values differ from Democrats'.

In 2016, nearly 60 percent of Trump voters said the platform influenced their choice. Why? Because history shows that the platforms plot the path the parties ultimately take. Not too long ago, Lee Payne from Stephen F. Austin State University combed through all of the parties' platforms from 1980 until 2004. "He identified every 'direct promise' in those platform -- pledges he thought amounted to concrete policy positions -- and then compared those promises with all of the votes taken on either the House or Senate floor... What Payne found might stun some cynics: In 25 years, both Democratic and Republican lawmakers in Congress voted in accordance with their platforms 82 percent of the time."

Platforms matter. That's why the FRC Action team worked so hard four years ago to ensure that the document ratified in Cleveland was just as strong -- if not more so -- than 2012's. In the end, we emerged with a document clearer and more compelling than any in party history on life, marriage, and religious liberty. Because in the end, that's what shapes the legacy. The differences between the two parties' documents couldn't be starker -- just like the choice in 2020 is turning out to be.

Common Sense Prevails at HHS on the Definition of 'Sex'