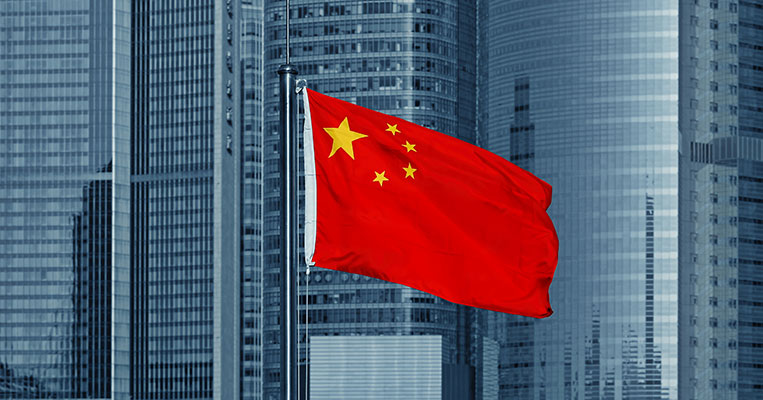 Americans are a forgiving people, but when it comes to China, they aren't looking the other way any time soon. With the coronavirus death toll now surpassing our losses in the Vietnam War, the outrage over Wuhan's lethal cover-up is infuriating the world over. A lot of Americans were concerned about the communist regime before it turned humanity upside down. Now, with economies tanking and families grieving, a majority of the country thinks it's time to throw down the gauntlet. And trade is a good place to start.

These days, it isn't a question of whether we deal with China -- but how. And according to a new Just the News Daily Poll with Scott Rasmussen, more than 70 percent want to restrict trade with the lying regime. The breakdown is even more revealing: "Forty-one percent of registered voters said they want the United States to reduce its level of trading. Eighteen percent said they want to halt trade with China until that nation has negotiated compensation for the pandemic. And 11 percent said they simply want to ban all trade with China."

As for the administration, President Trump is putting everything on the table. "There are a lot of ways you can hold [China] accountable," he said during a press briefing. "We're doing very serious investigations, as you probably know. And we are not happy with China. We are not happy with that whole situation. Because we believe it could have been stopped at the source. It could have been stopped quickly, and it wouldn't have spread all over the world." The message from all sides seems to be the same: it's time for some political distancing.

Of course, considering the widescale brutality in China, nothing about how their government has handled the coronavirus is a surprise. If anything, it's the perfect illustration of their contempt for basic humanity. Just this week, in our U.S. Commission on International Religious Freedom (USCIRF) report, the country landed -- once again -- among the worst abusers in the world. And things are not getting better. They have as many as 1.8 million Uyghurs in concentration camps, who knows how many Christians in prison, and a nationwide crackdown on liberty of every kind.

They're incompatible with American values on almost every single scale. The last thing we should be doing with them is business.

Globe in the Dark: Shining a Light on Religious Liberty
NEXT