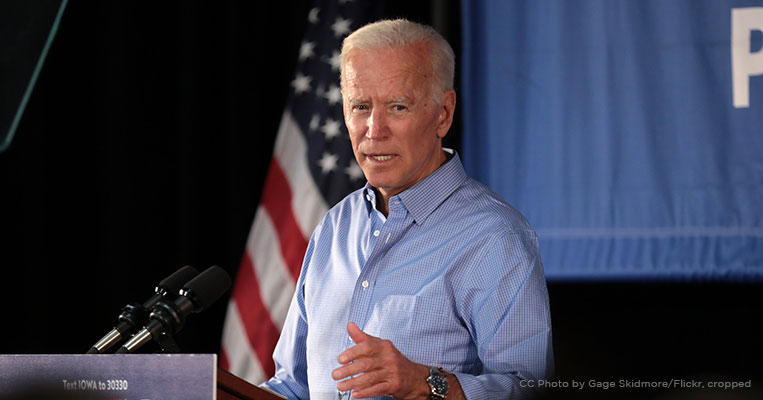 If Joe Biden's big comeback says anything, it's this: Super Tuesday wasn't about who the Democrats wanted. It was about who they didn't. After weeks of wringing their hands over the very real possibility that an avowed socialist could win the nomination, the party embraced the former vice president. Not out of enthusiasm, most people are quick to point out. But out of necessity.

"It's been a remarkable journey back to the top," Michael Goodwin acknowledges, "but Biden couldn't have done it without [Senator Bernie] Sanders -- or rather the fear of Sanders that swept the Democratic establishment like a virus and spurred it to action." The liberal media accepted the tradeoff, but reluctantly. Outlets like the New York Times didn't hide their frustration at the party's predicament, warning that Obama's second-in-command is "no safer with a microphone, no likelier to complete a thought without exaggeration or bewildering detour." They, like most of the Left, are under no illusions that Biden is a safe bet. If the goal is keeping a socialist off the ticket, though, he'll have to do.

But even with his delegate total, there's no guarantee that the man who called yesterday "Super Thursday" and accidentally said he was a candidate for the "United States Senate" can pull it off. Voters who watched him mangle the Declaration of Independence -- "We hold these truths to be self-evident. All men and women are created, by the, you know, you know the thing" -- have to be wondering, like Fox's Brit Hume, "[Is he] senile? Or getting there?" Even Politico couldn't help pointing out that even as the party rallies around Biden, it was "perhaps fitting" that as he took the stage Tuesday night to celebrate, "the first thing he did was accidentally confuse his wife and sister."

But Biden's mistakes don't compare to the one voters are making by believing he's a moderate. This isn't the second coming of Barack Obama or even Hillary Clinton. This is a radically aggressive campaign that is only marginally more sane than Bernie Sanders's. "On nearly every major issue, Biden has either exponentially increased the scope of what Clinton proposed or advocated for new ideas that most Democrats would have up until recently considered fringe," McClatchy's Alex Roarty warned. "Many Democrats see Joe Biden as a voice of ideological restraint in a party rapidly moving to the Left," he wrote. They're wrong.

This is a man who said his first act as president would be sticking a dagger into the heart of religious freedom! Biden's biggest priority, he told a roomful of HRC supporters, is signing the Equality Act -- a bill that hunts down and punishes anyone who thinks differently from the Left on gender or sexuality. And that includes schools, parents, businesses, food banks, adoption agencies, homeless shelters, day cares, faith-based ministries, and government offices. If you can imagine a country without women's sports, boys' and girls' restrooms, gender-specific pronouns, parental rights, medical ethics, workplace dress codes, the free market, Christian wedding vendors, and conscience protections -- you've got Joe Biden's to-do list. We're talking about a president who would literally drive faith underground.

On abortion, the vice president is so extreme that he wouldn't just allow abortion right up to the moment of birth -- he'd order you to pay for it! And millions of abortions the world over. The one-time defender of the Hyde amendment traded his 40 years of integrity for the support of groups like Planned Parenthood last year -- ending any veneer of rationality. From there, he swore to appoint only rabid abortion activists to the bench and bulldoze every state pro-life law.

He would open the border to illegal immigrants, pay for their health care (and their abortions), recommit us to the Paris climate treaty, hike taxes by $2.3 trillion ("well to the Left of Obama"), pursue a health care plan some are calling "Obamacare on steroids," and declare war on the Second Amendment. When his policies aren't attacking Americans, he is -- calling conservatives "the dregs of society," "a virulent people."

Politics, the New York Times admits, is about options. And when it comes to mainstream candidates, the Democrats have none. "Walking 900 paces to the Left when your opponents are walking a thousand does not make you a moderate," Fitsnews wisely noted. "It makes you exactly what Biden has lamentably become: Ever-so-slightly-less-fringe than the fringe candidates he is campaigning against."

Abortion: Regulate Than Never
NEXT

'Our Side Has Science. Their Side Has Anecdotes.'