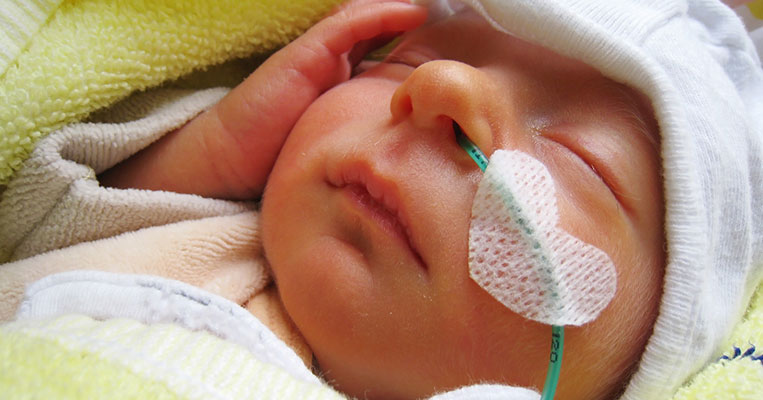 In today's divisive society, legislation that places any limit on abortion is immediately protested by abortion providers and activists, usually followed by lawsuits, and sometimes judicial prohibition. This is true of the Born-Alive Abortion Survivors Protection Act, even though this proposed legislation does not address an abortion provision at all. It merely mandates medical care for an infant if he is born alive after a failed attempt at abortion.

Vocal abortion advocates state that this legislation is unnecessary because a liveborn infant after attempted abortion never occurs. There is substantial evidence, however, that this is not true. Some pro-life leaders, such as Gianna Jessen and Melissa Ohden, are themselves survivors of failed abortions. In 2013, Philadelphia abortionist Dr. Kermit Gosnell was convicted on three counts of first-degree murder for euthanizing three infants born alive after he failed to kill them in the abortion attempt. The CDC documented 143 instances of infants surviving abortion between 2003 and 2014. However, only eight states require the reporting of infants who survive abortions. It should be intuitive that when abortion suppliers are unsupervised and allowed to voluntarily report their own complications, they will not willingly confess that they have committed infanticide. The Born-Alive Abortion Survivors Protection Act is necessary because it would ensure that medical care be given to infants who survive abortion.

In order to understand how a live birth after an attempted abortion could possibly occur, one needs to understand the abortion techniques that can be used to perform abortions after the first trimester. Survival is highly unlikely with a dilation and evacuation (dismemberment) abortion because the fetal parts are removed in a piece-meal fashion and the fetus dies from blood loss and trauma. Even so, Josiah Presley survived his dismemberment abortion but is missing an arm because of it. An intact dilation and extraction (partial-birth) abortion is illegal by federal law, but undercover videos released by the Center for Medical Progress suggest that this procedure may be secretly used in order to obtain more complete fetal bodies for research purposes. A hysterotomy abortion (C-section) is rarely performed. However, labor is often induced for very late abortions, because the larger, more developed fetus cannot be dismembered easily.

The CDC reports that 1.2 percent of abortions occur after 20 weeks gestation, which is near the gestational age where many babies can survive. Thus, in 2018 at least 11,500 fetuses were aborted who had the ability to live separated from their mothers (estimates range from 9,100 to 15,000). Likely, almost all of these extremely late abortions are performed by labor induction. A European study demonstrated that over half of 241 peri-viable fetuses (between 20-24 weeks gestation) survived labor induction despite having abnormalities for which they were being terminated.

Although it is often assumed that abortions after viability in the U.S. are only performed for severe fetal abnormalities or to save the mother's life, the reality is that most are performed for elective reasons, just as early abortions are. Reasons frequently given for late abortions are: "not knowing about the pregnancy," "trouble deciding about the abortion," and "disagreeing about the abortion with the man involved." It appears that indecision and partner abandonment and coercion are far more common reasons for the elective killing of pain-capable and viable fetal humans than truly heart-breaking situations.

Thus, it is likely that at least half of the estimated 11,500 viable fetuses who are intended to be aborted by induction may survive the labor process yearly, unless they are killed by the abortionist prior to labor. So, the question must be asked, do abortionists routinely perform feticide prior to induction abortion? They can certainly do that safely. There are at least 12 studies documenting the safety of at least six different feticide procedures.

There are drawbacks to feticide for the woman and the abortionist (though none for the fetus, who presumably would prefer to die quickly without excruciating pain). Feticide usually requires an injection of a cardiotoxic agent such as digoxin or potassium chloride into the amniotic fluid or directly into the fetal heart. The injection necessarily passes through the women's abdominal wall into the uterus and can be uncomfortable for the woman. It requires extra time and skill on the part of the abortionist and adds an additional expense to the procedure. Again, because there is no mandatory reporting of abortion procedure details, there is a high likelihood that many abortionists performing later abortions will forego this step, which they may consider unnecessary.

As an OB/GYN in Texas, I have seen evidence of this personally, when a Texas law required feticide prior to a later abortion due to concerns about the potential for fetal pain. Abortionists argued against complying with this law by saying that feticide would be dangerous for a woman (despite the numerous studies they have published demonstrating its safety). The truth is, they did not want to take the extra time and effort to euthanize the fetus before the abortion. There are likely thousands of viable infants delivered alive after failed abortions yearly in our country, who are then killed by the abortionists. They can operate with impunity because they know no one is watching them.

Thus, it is clear that the Born-Alive Abortion Survivors Protection Act is necessary legislation. Thousands of elective abortions are performed yearly in the U.S. on healthy fetuses after the gestational age at which they can survive separated from their mothers. Induction of labor is commonly performed, and studies show that the labor process often fails to kill these babies. Abortionists have proven their resistance to euthanizing the fetus first, so although the abortionists are unwilling to voluntarily report this dreaded complication, it undoubtedly does occur in numbers far larger than most imagine.

We must prevent abortionists from crossing the line from killing a living fetus in utero, which is permissible by law, to killing an infant after birth, which our society has always considered morally reprehensible. The slippery slope so often warned against by pro-life advocates is in front of our eyes. Can we draw a line against infanticide? Or have the decades of dulling our consciences by allowing elective abortions eroded our moral sensibilities to the point where killing an infant capable of being resuscitated is no longer taboo?

A Mayor, a Nine-Year-Old, and a Country That's Lost Its Way
NEXT

Judge Hits Intolerance out of the Park