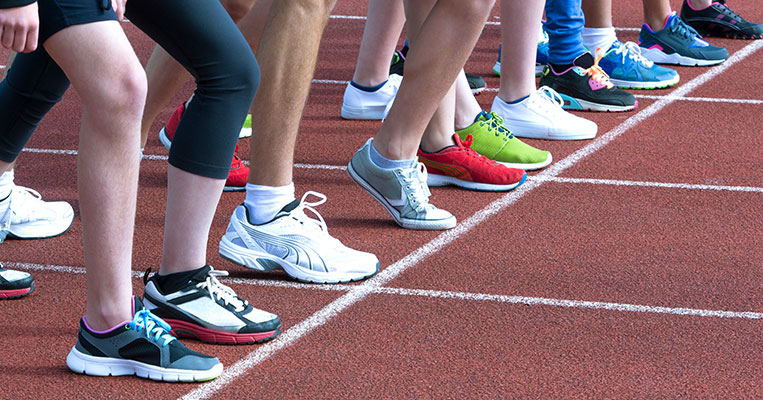 First, they attacked America. Then adoption. Now, women. Honestly, with such a busy schedule of political extremism, it's a mystery how Nike has time to sell anything. But for all of the company's radical campaigns, it's Nike's latest that's really raising eyebrows. The retail titan is picking a side in the transgender sports debate -- and it isn't girls'.

Just how beholden is Big Business to LGBT activists? Well, one of the biggest manufacturers of international sports equipment just told half its market that it doesn't care about the future of women's sports. So much for Nike's progressive feminist cred. In Tennessee, one of the states that's considering a ban on biological boys competing against girls, the company actually suggested that keeping a level playing field for girls "put[s] our collective economic success at risk." If anything puts our economic success at risk, it's destroying 50 percent of high school, collegiate, and pro sports!

And yet, Nike, like 142 other businesses, is actively working to stop Tennessee (and at least six other states) from fighting the injustice of transgender sports. "I fully support them for being true to themselves and having the courage to do what they believe in," Connecticut track star Selena Soule says of her male competition. But athletics is "an entirely different situation. It's scientifically proven that males are built to be physically stronger than females. It's unfair to put someone who is biologically a male, who has not undergone anything in terms of hormone therapy, against cis-gender girls... It's upsetting when we work hard all season and put in a lot of effort, only to turn up at the state meets and get beat by someone who is biologically a male and lose state championships over this."

And these boys aren't just stealing trophies, they're stealing scholarships too. With the Olympics around the corner and the debate exploding across the sports world, even athletes who've identified as gay or lesbian are calling the trend what it is: cheating. Tennis pro Martina Navratilova has been a great ally for the LGBT movement, but she had no problem blasting the radical ideology that's killing sports and healthy competition. "It's punishing the innocent," she wrote indignantly, "and it's insane."

If there is a silver lining to this gender lunacy, it's that more people are starting to see the quandary that's created by policies and decisions that aren't based in anatomical realities but emotional whims. This week, Selena -- along with two other cross-country runners, Chelsea Mitchell and Alanna Smith -- are suing to take back their sports. "Our dream is not to come in second or third place, but to win fair and square," Mitchell said. "All we're asking for is a fair chance."

For these three girls, and so many others across the country, it's upsetting to know the outcome of the race before it starts. And just because someone believes they're a girl doesn't mean their bodies act like one. "Forcing girls to be spectators in their own sports is completely at odds with Title IX," their Alliance Defending Freedom attorney, Christiana Holcomb, pointed out. "Connecticut's policy violates that law and reverses nearly 50 years of advances for women."

The issue has created such an unlikely coalition of feminists, liberals, conservatives, and parents that Congressman Greg Steube (R-Fla.) introduced a federal bill to make it clear that biology -- not political correctness -- should determine your team. "...Even people on the far-Left -- [including] famous players [are] saying that it's not fair that women are having to compete against men in women's sports." And while extremists may call that insensitive, the facts speak for themselves. "Males have 30 times more testosterone than females. That obviously helps make men's bodies bigger and stronger... It's just crazy to me that we're even having to file bills on something like this. But that's the world that we live in today, unfortunately."