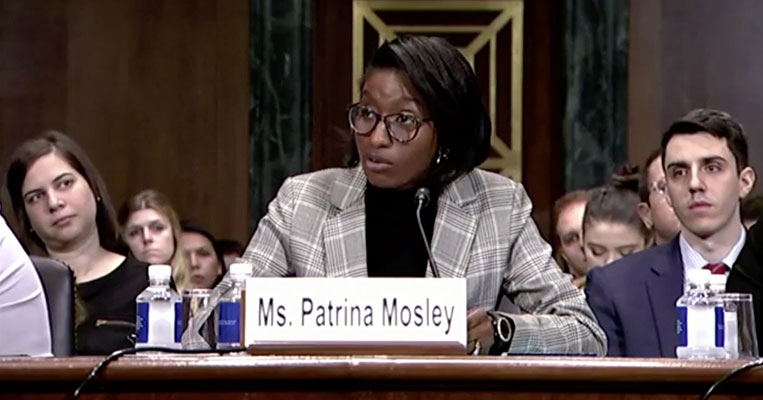 Dems Defend Abortion to the Ends of the Birth

"Can you look me in the eye and tell me that I shouldn't be alive?" That was the question 14 abortion survivors never got to ask America. Fox Sports, the host of this year's Super Bowl, refused to air their ad. Maybe they were afraid of creating controversy. Or maybe, they were worried about putting a real face on this thing called "choice." Either way, it's a question our country needs to answer. And Tuesday morning, Senate Republicans looked at their colleagues and did.

When 44 leaders of this country walked to the Senate floor last February and voted to make newborn-killing legal, our country crossed into territory most of us considered unthinkable. "Republicans need to stop wasting time on political games and legislation aimed at rolling back women's constitutionally protected rights," Senator Patty Murray (D-Wash.) fumed. But negligent homicide isn't abortion. Taking the life of a newborn baby that could grow up in a loving family isn't abortion. "We've heard speech after speech after speech that have nothing to do with what's actually in this bill," Senator Ben Sasse (R-Nebr.) insisted. "We're talking about babies that have already been born... We're not talking about Roe v. Wade."

In the year since Democrats marched to the floor and staked out ground no civilized country can defend, Americans have finally come to understand the horrors of what they stand for. And with the exception of the 2020 candidates, they're desperate for infanticide to end. Sasse knows Republicans can't do it alone -- so this morning, he and the rest of the Senate Judiciary Committee did their best to explain exactly what's at stake. In a hearing called, "The Infant Patient: Ensuring Appropriate Medical Care for Children Born Alive," Senator Sasse made it clear, "...I'm not here to get my pro-abortion rights colleagues to join me at next year's March for Life. That's not what this hearing is about."

FRC's Patrina Mosley, director of Life, Culture, and Women's Advocacy, had the opportunity to testify and debunk the lie that this is somehow a phony crisis. There are hundreds of official reports and eyewitness accounts of newborns being born alive and later destroyed. And yet, "There have been no cases involving prosecutions under the [2002] Born-Alive Infants Protection Act that we know of. Why? Because there is currently no federal criminal statute specifically prohibiting taking the lives of born-alive infants." If babies do survive, Patrina said, it's because of the compassion of others. But we cannot, she insisted, "rely on the extraordinary for these infants to have a chance at life. Instead, we should expect that ordinary care be given to anyone considered a full person under the law."

As we speak, 35 states (and the federal government) don't have the adequate protections for babies who live through a botched abortion. To people like Senator Mike Lee (R-Utah), that's astounding. "I'm aware of no other circumstance in the law where we would willfully disregard the humanity of a human being." And the idea, Senator Ted Cruz (R-Texas) said, "that it would somehow be debatable, what to do with that child... is a remarkable statement of just how extreme and radical the pro-abortion side of this debate has gotten."

Melissa Ohden wakes up every single day trying to cope with the fact that there are people in this country who think the nurse who found her 42 years ago, burning in a bucket of saline, should have just walked away. To the U.S. Senate, House, Democratic candidates, and media, she wants to know: "Can you really look me in the eye and tell me that I didn't deserve to live?"

To read Patrina's testimony, click here. Also, check out the powerful ad featuring Melissa and survivors from all around the world.

Sesame Street: Brought to You by the Letters L-G-B-T
NEXT

Conservative in Noem Only?