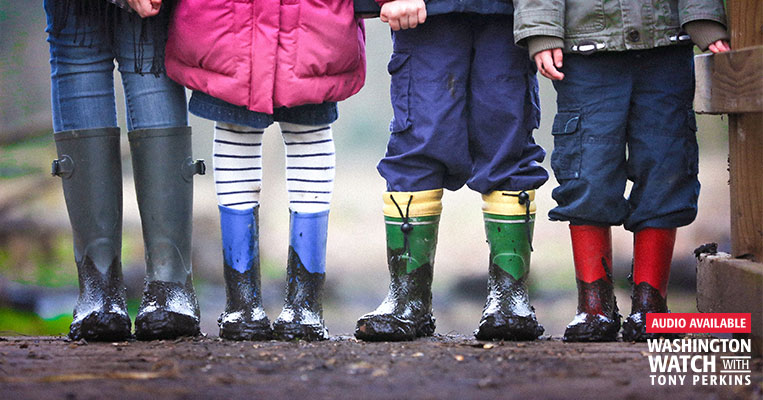 Under the Knife of Cultural Blindness

Fred Deutsch didn't set out to be a trailblazer. He just wanted to protect kids. But if his South Dakota bill stops children from being mutilated, then all of the nasty emails will have been worth it. At least in one state, hurting teens will have a chance at a normal life -- not the suffering so many activists are pushing them toward.

When legislators bundled up for work this morning in Pierre, some of them were on their way to make history. For the first time in America, a state was holding a hearing on whether minors under 16 should be allowed to surgically or chemically alter their sex. Rep. Deutsch (R) says he didn't really plan on authoring a bill like the Vulnerable Child Protection Act, but at some point, you just can't turn away from the suffering these "treatments" are causing.

"You know, my involvement with this was... accidental," he told me on "Washington Watch" Tuesday. "I just ran across stories of pain and suffering from young people on the internet and Twitter. And then I was led to a couple of sites on Reddit. I'd never been on there before... but it's where a lot of these children who are hurting go, and they share their stories of pain and misery. And many of them didn't understand what they were getting themselves into. So that moved me. You know, it's not hard to be compassionate when you care about kids. And it [drove] me to research if any of this was being done in South Dakota -- and I found out it was."

He remembers that he was astonished to learn that children are being pushed into puberty blockers and cross-sex hormones that most of medicine hasn't even studied for long-term consequences. And yet, Deutsch explains, doctors are prescribing testosterone to girls and estrogen to boys in "ultra-high mega-doses, as well as, [encouraging] mastectomies and what they call the bottom surgery. [All of which,]" he warns, are "irreversible."

As Rep. Deutsch looked more and more into this fad, he was horrified by the number of young adults, who'd gone through this and said it was a mistake. "You know," Deutsch explained, "the folks on the other side of the argument talk about puberty blockers as being a 'pause button.' And I'm saying, you know what? A much better possibility is just don't give them the drugs or surgeries. Let them wait! Because according to the literature and all the studies over some 40 years, on average, about 85 percent of these kids will just come to acknowledge their normal natural [sex] that they're born with if you don't mess with them with drugs or surgery. So isn't that a much better, 'pause button?' I think so."

So does his South Dakota committee, which just voted 8-5 this morning to move his bill to the statehouse floor. And while critics say he's intolerant, Deutsch explained that nothing could be farther from the truth. There's "no contradiction," he pointed out, between his respect for people who identify as transgender and his conviction "that irreversible and experimental surgical and chemical interference with a child's sexual development is morally indefensible."

Look, he told me, there may be opposition to this bill, but "if you care about kids, I think you have to prioritize them. And in South Dakota, we don't allow mutilation of our children. I don't care if it's doctors. I don't care if it's parents. You know, these kids on the Internet, they share pictures of themselves that just blow you away -- of all these surgical scars, and it's terrible. That should not ever be allowed. To me, that's a crime against humanity when these procedures are done by these so-called doctors... that dance on the edge of medicine... You know, I'm the son of a Holocaust survivor. I've had family members killed in Auschwitz. And I've seen the pictures of the bizarre medical experiments. I don't want that to happen to our kids. And that's what's going on right now."

A measure like this one, that protects children from making the mistake of their lives, is one of the most important things state leaders can do. We applaud South Dakota and urge others to step forward and do the same!