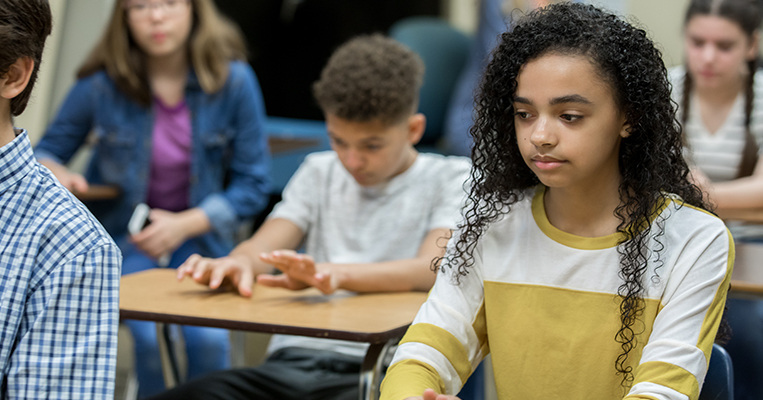 Kerry is a lifelong liberal who always believed in the transgender cause -- until now. "I was all in... there was nothing to suggest that there was any problem with this," she said. "Everybody's doing it -- it's fine [and] good." That all changed the day her daughter came to her and said she wanted to become a boy. She was 11.

Putting on a supportive face, Kerry says her heart sank. She decided to play along, buying her daughter a binder for her chest and forking over $1,000 for hormone treatments. But as a doctor, the alarm bells were already blaring. The more research she read, the worse she felt. Suddenly, she told CBN's Heather Sells, it didn't seem right. "Even after years of supporting the LGBT movement, she found it confusing. 'When you're gay, you don't have to take drugs forever and have surgeries [or] change your name."

"There's a lot of evidence that [drugs like] Lupron deceased your cognitive ability," Kerry explained. "It decreased your memory. It definitely decreases your bone density and it stops the hormone cascade that puberty is designed to flood your body with." Sterility, she points out, is another scary side effect. But still, she remains almost in hiding, speaking anonymously -- afraid of what it could mean for her career if anyone in the medical career found out she was questioning transgender medicine for kids.

But this isn't just any child, it's hers. And she's worried that her daughter is just one of many being put on an irreversible path. Together with other parents, she feels like she's up against an "unstoppable movement." A spokesman for the group told CBN that "the schools look at you like you're the problem and think you're abusive." When in reality, Kerry believes, a lot of these children are just being peer-pressured into this lifestyle. She started to become suspicious when three other girls in her daughter's class "had also identified as boys" and were starting treatments. "Everything that she said to me sounded scripted. It seemed like she was learning it on the internet and possibly from her group of friends."

Like "Crystal," Kristie Sisson, and other parents telling their story, Kerry thinks this movement is destroying their children. "These parents," Sells says, "come from a variety of backgrounds, regions, and political affiliations, but they're united in a belief that they're on their own when it comes to questioning and evaluating the reasons behind their children's gender confusion." And unfortunately, there are a lot of them. Parents of Rapid-Onset Gender Dysphoria (ROGD) is growing so quickly that there are 50 support groups across the country.

At least for now, Kerry is one of the lucky ones. She and her daughter aren't moving forward with the transition. At some point, maybe soon, she'll speak out publicly. "I do not understand my profession right now. I am appalled. I think we're going to look back on this like we look back on lobotomies."

As "Lisa" explains on Part 5 of her series on the FRC Blog, the transgender movement is a cult. And it's affecting families, science, medicine, education -- you name it. "[A]ll of America is now blindly embracing the trans cult and silencing those who won't get on board. They tell us we're guilty of 'hate speech' if we 'misgender' someone. I am told I am hateful even though I have nothing but love for my brother. I am sad that he believes this is the answer to his identity crisis when any thinking person can see it's another dead end." (Check out Part 1, Part 2, Part 3, and Part 4.)

As Christians, we need to be in prayer for the families and spouses trying to cope with this nightmare of self-identification. Let's hope that as more people share their stories, Americans of all backgrounds and beliefs will be inspired to speak out and engage. An entire generation of young people depends on it.

Dem AGs Jump to the Wrong Exclusion
NEXT