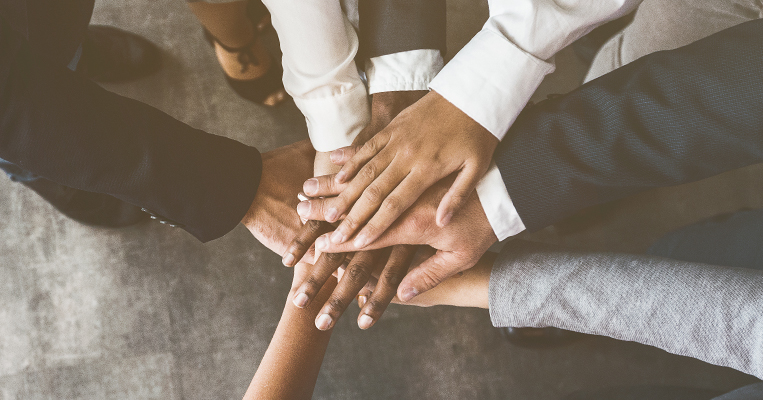 In Order to Form an SPLC Union...

If you're wondering how much the employees of the Southern Poverty Law Center (SPLC) trust the group's new leadership, the answer is: not much. After former staffers pulled the curtain back on decades of racism and bigotry, the internal crisis is far from over. According to the AP, a "supermajority of staffers" has been trying to unionize -- one of the only ways, they believe, they'll be protected from the SPLC's toxic environment. There's just one problem. Management is refusing to let them.

The SPLC bills itself as caring about workers' rights -- just not, apparently, their own. When leaders refused to recognize a staff union, employees had no choice. They hired a law firm to force them to. I don't know about you, but a messy court battle with employees isn't how I'd try to rebrand as a kinder, gentler workplace.

"We ask SPLC's senior leaders to respect the desire of its dedicated employees to form a union and have a say in what the future of the Center looks like," the organizing committee said in a statement. "Current leadership has committed itself to the task of changing SPLC's workplace culture. Collective bargaining ensures workers the opportunity to play a leading role in this transformation." Among other things, the group is demanding "a foundation for a legacy of equal rights, respect and dignity for all workers, regardless of race, color, religion, sex, sexual orientation, gender identity, physical ability, and national origin."

Maybe, like a lot of people, they don't believe SPLC is truly interested in change. Instead of taking the opportunity to dig deep and recalibrate, SPLC showed that they have absolutely no interest in weeding out the bias and extremism that's poisoned the group for years by hiring Michelle Obama's former chief of staff. They tapped Tina Tchen to lead its "top-to-bottom" investigation of workplace culture, a move that was supposed to "hold a mirror" up to the organization and its leaders.

What they should have done is hire an outside investigator with an open mind. If SPLC were truly interested in reinventing themselves and earning society's trust, they would've hired a neutral party -- not a political hack, who will help them bury their skeletons. All the more suspicious, the Tchen report has never been released, meaning no one knows what's really happened behind closed doors. Which, based on this staff uprising, is probably the same pattern of harassment, hostility, targeting, and intolerance as before.

Apart from the legacy of prejudice, "People are underpaid to the point they can't earn a living making $20,000, $30,000 a year," Bruce Jett, an organizing director and local representative for the Washington-Baltimore News Guild Local 320235, said. "You're talking about an organization with a half-billion dollar endowment. And they're paying people slave wages. They've got to change," Jett insisted. Something they obviously never intended on doing willingly. Not before the reckoning -- and not now.

For more on SPLC and its scandalous history, check out SPLCExposed.com.

Trump Considers America's Will to Give