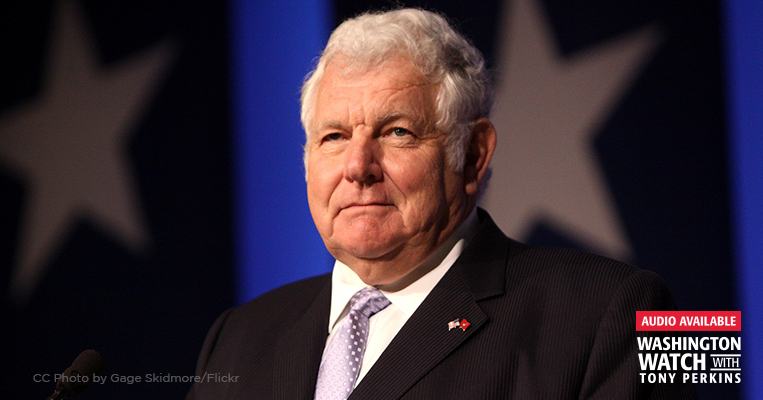 The Miseducation of America's Youth

Dr. Bill Bennett’s resume is full of incredible experiences—but it’s not everyone who gets confirmed to a department your boss has openly tried to abolish. That was the unique situation Bill found himself in when Ronald Reagan picked him as America’s secretary of education. The 40th president believed control over schools should be returned to our states and local communities. Reagan never got his wish, but what he did get was an agency transformed by a man who believed in unlocking students’ potential. Thirty-five years later, it’s a cause the beloved author—one of the most important cultural voices of our time—is still championing.

After a lifetime in education, it’s hard not to take the latest news on test scores personally. And Dr. Bennett, like so many people who’ve devoted their careers to learning, is no different. The headlines about America’s reading and math levels are, as current Secretary Betsy DeVos agreed, devastating. “Two out of three of our nation’s children aren’t proficient readers. In fact, fourth grade reading declined in 17 states and eighth grade reading declined in 31. The gap between the highest and lowest performing students is widening, despite $1 trillion in federal spending over 40 years designated specifically to help close it.”

What’s happening in America? Thursday, Dr. Bennett joined me on “Washington Watch” to give his take on where the country has gone wrong—and what parents and communities can do to fix it. There are a lot of problems facing this country, Bill agreed, but “in the long run, the failure of our students to be able to think, to read, to count is potentially catastrophic.” “We’re going backwards 10 years, even 20 years,” he said soberly. And that matters especially to kids where education is their only lifeline. In homes where the family doesn’t value education or parents don’t read to their kids or do homework with them, he explained, “school can be the difference.” But unfortunately, Bill pointed out, those are also the schools that are failing America the most.”

And it’s not just reading and math scores that are taking the hit. “We do worse in American history than we do in even those two. It’s our worst subject. Our students do not know who they are as Americans.” If there is history being taught, he explained, “it’s left-wing, tendentious, and politically correct. It’s a terrible situation,” he lamented. And it’s one of the reasons he keeps writing books. His latest, an updated version of America: The Last Best Hope, is what he calls “the real history of the United States.” “This country is the greatest political story ever told,” Bill said. “We are uniquely blessed and we have taken unique advantage of those blessings. And although it’s the greatest political story ever told, our children have not been told that story.”

And the evidence of that is everywhere—from polls showing an uptick in pro-socialist millennials to the lack of patriotism plaguing our culture. “If they do not know what they came from, what their legacy is, what their inheritance is, how will they support or defend it? Well, of course, they’re going to follow the temptations of socialism and big government… We did it right,” Bill points out. “We avoided the siren calls of communism—although this generation is buying into it [out of ignorance]. And, you know, if this is not an emergency—an intellectual, moral, and political emergency—I don’t know what is.”

That emergency, Dr. Bennett says, is one of the reasons he’s spent 40 years pounding the podium for school choice in education. “[You must have] the ability to educate your child the way you want.” Without it, entire generations are at risk of never learning anything but far-Left propaganda. While America is wasting its time on gender-neutral pronouns and sex ed and revisionist history, “What do we think China’s doing?” Bill asked. “While we’re fooling around with this stuff? They’re teaching the [important] things.”

Obviously, that’s part of the underlying problem here. American schools are spending so much time and energy on this parallel universe of make-believe that they’re not teaching the fundamentals that will help children. And the tragedy of that is it not only affects us as a nation, but also these disadvantaged children whose futures depend on having the building blocks of an education. They’re being denied that because our focus is elsewhere.

“We’re hurting them,” Bill agreed, which is another irony of liberalism. The same Left who says it has “so much sympathy and empathy for the poor are putting them in schools [that do them a disservice].” If you want kids to be lifted up, Dr. Bennett insisted, education is a great equalizer. “And we know how to do it, but we refuse to, because we bow down before political correctness, instead of doing what we know should be done and what will be successful.”

Make sure the kids in your life understand the incredible blessing it is to be Americans. Pick up a copy of Bill’s updated version of America: The Last Best Hope and teach them the lessons so many schools are not.

The Impeachment Sideshow
NEXT

"Lean Into God": A Pastor's Prayer for the Persecuted Church