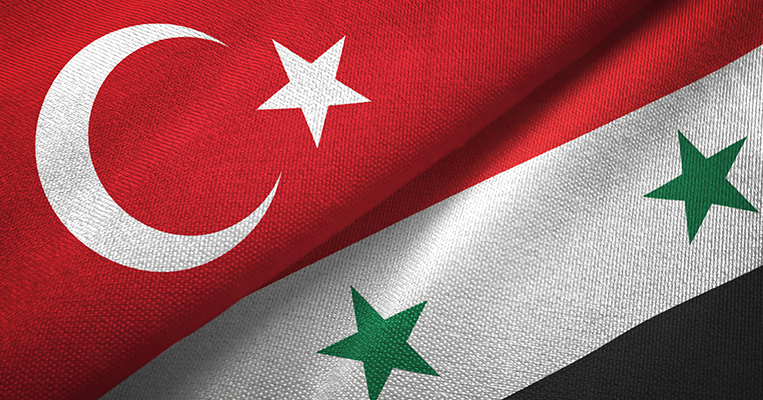 The airstrikes had already begun in the border towns between Syria and Turkey when Bassam Ishak's cell phone started ringing. "People were so scared," he told NPR. "They were telling me, 'They are bombing us right now!'" In the neighborhood of Qamishli, it was already too late. The attacks had already killed Christians on the front lines, the first casualties of the fighting no one wanted.

With tens of thousands of Christians at risk, soldiers with the Kurdish-led Syrian Defense Forces (SDF) were on their knees in church, their last act before joining the others in battle. "Our duty is to protect our land," they said. Too many of them know where Turkey's aggression will lead. Entire cities, destroyed. Villages plundered. Women and girls taken hostage. Fathers and husbands missing.

"Just one artillery [battery] can destroy hundreds of houses," Um Shirvan told al-Monitor. "We don't want to find ourselves on the streets. We want peace." That peace has been in short supply since the White House announced that U.S. troops would be leaving the region, leaving one of the few areas of religious tolerance in the Middle East vulnerable to complete extinction.

Monday, after mounting pressure from both sides, President Trump decided to put the squeeze on Turkey, issuing an executive order authorizing sanctions on Turkish officials behind the atrocities in Syria. "I am fully prepared to swiftly destroy Turkey's economy if Turkish leaders continue down this dangerous and destructive path," the president tweeted. To increase the pain on President Erdogan, the administration doubled steel tariffs on Turkey and put the brakes on a $100 billion trade deal. Tomorrow, the White House also plans to dispatch Vice President Mike Pence to Turkey to urge a cease-fire.

Senator Lindsey Graham (R-S.C.), who's been one of the president's toughest critics on the troop withdrawal, applauded the president for turning up the heat on Erdogan. "This decision by President Trump will be a game changer -- in all the wrong ways -- for Turkey." Still, he believes, more can be done. Together with Senator Chris Van Hollen (D-Md.), he plans to introduce a bill this week that would turn up the heat even further and "sanction any assets of Turkish leadership" (including President Erdogan's) and target Turkey's energy sector and military. Graham caps off the legislation with travel restrictions for the country's officials and a freeze on any military sales to Turkey.

"I expect strong bipartisan support," Graham said. "Most Members of Congress believe it would be wrong to abandon the Kurds who have been strong allies against ISIS." Senior administration officials continue to remind groups like FRC -- with serious concerns about the religious minorities in Syria -- that the White House is determined to stop Turkey from destroying this fragile haven for diversity. "The president is deeply committed to ending the unnecessary violence and loss of life in the Northeast. He is particularly mindful of the plight of religious minorities and any other humanitarian atrocities that may occur," one aide explained.

Let's hope so. In a region of the world where war is all anyone knows, these parts of Syria have been a quiet oasis, a place of co-existence where Kurds, Arabs, Syriacs, Assyrians, Armenians, Turkmen, Circassians, and Chechens can all live together. "It's crazy," one priest, Emanuel Youkhana, told reporters. This northeast area was the most peaceful of all of Syria. Now Turkey has come to destabilize all of that." If the United States doesn't intervene, everything this community was teaching the world about civility will be lost.

Help us support the thousands of endangered Syrians by signing FRC's petition to President Trump, urging him to defend the Kurds, Christians, Yazidis, and others seeking religious freedom in Northeast Syria.

Beto's New Mission: To Church and Destroy
NEXT

Aborted on Our Birth Days: They Say We Don't Exist