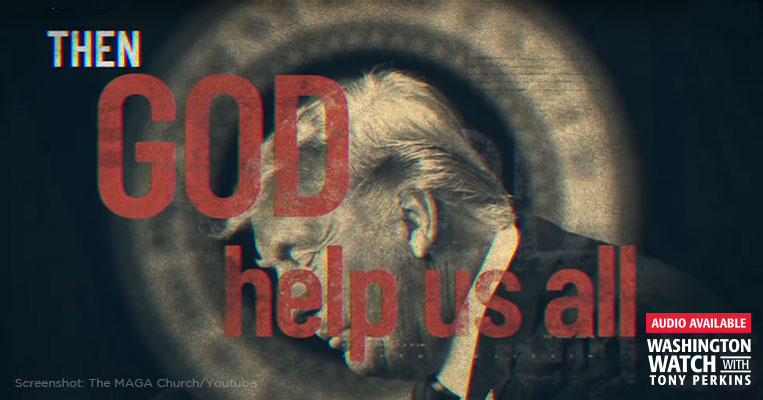 The Never Trumpers may not be dead, but they're certainly desperate to be relevant again. Subdued -- and significantly diminished after three years of Trump accomplishments -- the wilting chorus of critics wants everyone to know, "We're still here." So, to spite the steady stream of headlines about their "extinction," "death," "irrelevance," and "failure," the movement concocted another plan: to stop attacking Trump and start attacking his base. You guessed it: evangelicals.

It started with Christianity Today's sad publicity stunt, a swan song from outgoing editor Mark Galli, who hoped to make a splash for the fading magazine by declaring that the president should be impeached. The article had its desired effect, creating a media firestorm and smoking out a handful of Christian figures who felt emboldened to talk about their own contempt of Trump. But if the point was to change evangelicals' minds, Galli didn't. If anything, conservatives had an even bigger platform to talk about the administration's successes.

This week, the Lincoln Project is taking another pass at shaming the president's supporters. The group of anti-Trump Republicans released a video called "MAGA Church" that contrasts president's crasser moments with clips of him talking about faith. "Beware of false prophets," the ad warns. "If this is the best American Christians can do, then God help us all." Of course, the launch of this new campaign comes on the heels of a massive Evangelicals for Trump rally in Miami, where thousands of Americans had an opportunity to cheer the promises made and delivered by the man the resistance considers intolerable.

Of course, what the media and the president's opposition doesn't seem to understand is that evangelicals have never looked at Donald Trump as a role model. They're looking at his record as president. And no one in the modern history of this country has a better one. Whether it's the sanctity of human life or the promotion of religious freedom -- here and around the world -- or the appointment of judges bound to the Constitution, there's absolutely no comparison. What this president has done in the last three years matters. So shouldn't it be relevant to Christians as they vote?

Absolutely it should, Pastor Greg Laurie insisted on "Washington Watch." "No president in history has been a stronger advocate," he pointed out, in defending the Constitution, the unborn, the persecuted church, Israel, religious expression. "Isn't that what we've been talking about for years? Here is a president who's willing to use his bully pulpit and the power of the pen... for good." But it's a "package deal," he pointed out. "Sometimes he comes off as abrasive. Trump is not Reaganesque, if you will, but he is who he is -- and he gets things done. And when he makes a promise and or a threat, he backs it up. It isn't that what we've been looking for?"

Like a lot of people, Greg looks at these disgruntled flamethrowers and wonders, if that isn't enough for you, "What is your alternative? You want socialism and secularism and [to] actually enable and strengthen people who want to attack the church? Well, I certainly don't want that. So I [look] at his policies and what he's done. It's amazing... And let's not forget," he argued, "that he has surrounded himself with strong evangelicals. Ben Carson, Vice President Pence, Mike Pompeo, and others [who] have a strong faith in Christ that motivates them and what they do. I mean, I've never seen this before."

As one pastor in Miami told me, it comes down to this: "Under whose policies are we going to be more free to preach the gospel and live out our faith?" There's no contest. Look at the two parties, and what they're proposing. If you want taxpayer-funded abortion, infanticide, open borders, gender anarchy, religious oppression -- then by all means, keep trying to divide and distract conservatives. But if you think "American Christians can do better," please tell us how in a field of Democrats so extreme they're pushing a White House office of unborn baby killing?

The president isn't perfect. No one is. But he doesn't just say "evangelical Christians have never had a greater champion in the White House" -- he goes out and proves it. And at the end of the day, that's what these Never Trumpers are up against -- not Donald Trump. Four years ago, when the alternative was Hillary Clinton, conservatives cast their ballots and crossed their fingers. Today, they don't have to. Americans can look closely at his record on every issue and know exactly what they're getting. And my fervent prayer, heading into 2020, is that they do precisely that.

** Just a brief reminder that starting this evening in Baton Rouge we will host our first Stand Courageous men's conference of 2020. There is still time to be a part of this encouraging, life changing event. Go to StandCourageous.com to found out how you can join us. **

Sermon on the Mound
NEXT

An Unjust War against Trump