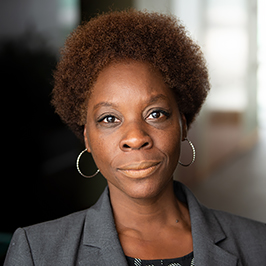 Nancy Abudu, Nominee to be U.S. Circuit Judge for the Eleventh Circuit

Nancy Abudu is the strategic litigation director for the Southern Poverty Law Center (SPLC). The SPLC is a corrupt organization notorious for designating its political opponents, including FRC, as "hate groups." The SPLC likes to give the impression that it is a champion of civil rights, but former staff have revealed the organization's hypocrisy by exposing racism and sexism within its highest ranks. Abudu's connection to the SPLC's weaponized rhetoric intended to silence political opponents should disqualify her from serving on the bench with impartiality.

Abudu has litigated cases that involve legal challenges to state felon disenfranchisement, proof of citizenship, and voter photo ID laws. She has been the legal director for the American Civil Liberties Union (ACLU) of Florida and has served as a senior staff attorney with the ACLU's Voting Rights Project. She has also worked as a staff attorney with the U.S. Court of Appeals for the Eleventh Circuit.