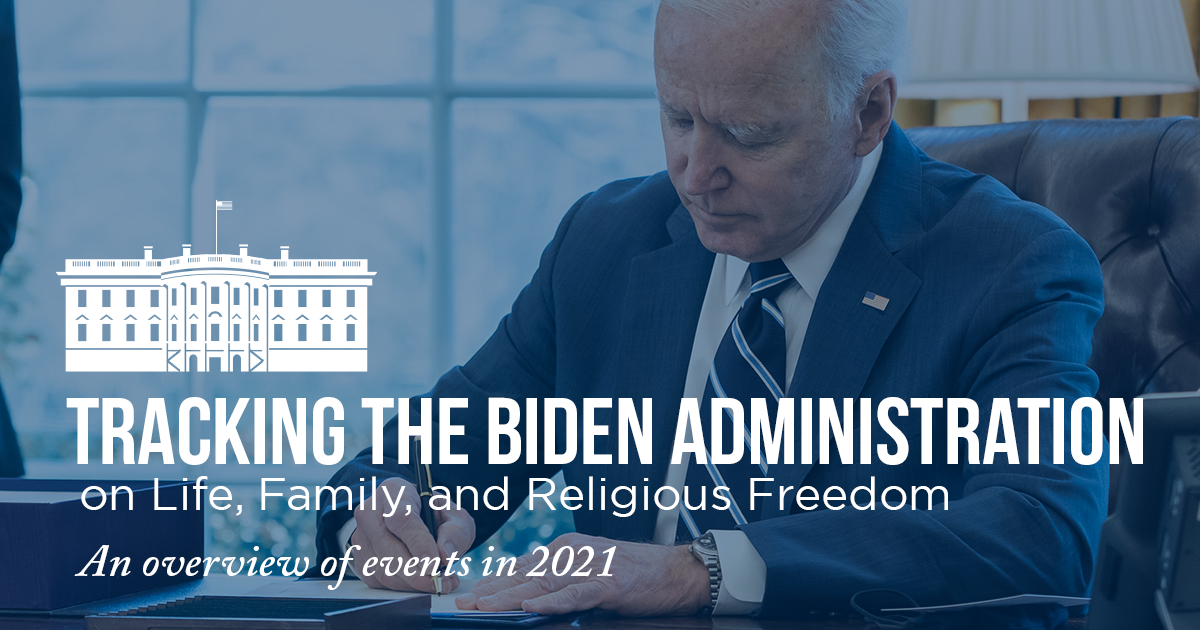 In his inaugural address on January 20, 2021, President Joe Biden made a firm commitment to unity: “Today, on this January day, my whole soul is in this: Bringing America together. Uniting our people. And Uniting our Nation.” These words, while comforting, now appear to be nothing but a hollow promise. Biden’s presidency thus far has been marked by actions that have further divided our nation, especially when it comes to the issues of life, family, and religious freedom. His administration has moved more aggressively than any previous presidential administration to undo federal pro-life policies and promote abortion, dismantle the biological realities of men and women in federal policy, and promote the LGBT agenda. He has also failed to uphold religious freedom in a satisfactory fashion, both at home and abroad.