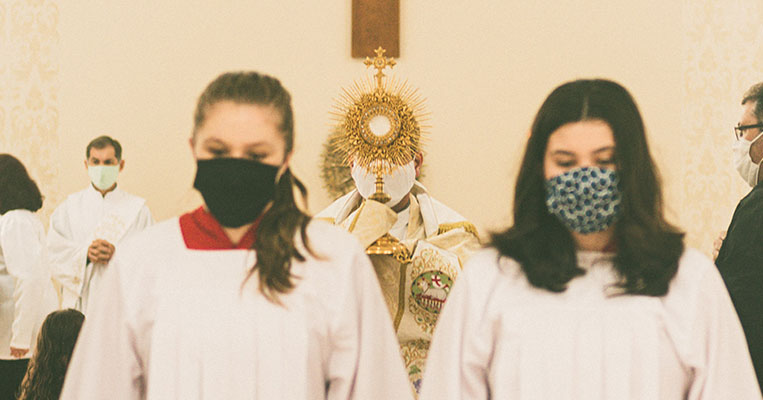 The D.C. mayor's office is only a half-mile from the National Archives. If Muriel Bowser (D) ever made that trek, she might have a better grasp on the U.S. Constitution. It's right there for everyone to read, including the First Amendment, which warns leaders like her against infringing on the free exercise of religion -- something her COVID rules have done to every believer in the nation's capital. Now, one of the holiest days of the year approaching, Catholic leaders are done with the unfair treatment. And they're taking her to court to prove it.

The Catholic Archdiocese of Washington, like a lot of churches, watched what the Supreme Court did in New York City, blowing away Governor Andrew Cuomo's (D) rules and opening the doors to in-person services. Now, with Christmas around the corner, they think it's time that D.C. did the same.

In a lawsuit against Mayor Bowser, the diocese points out that they've tried to be cooperative -- even waiting to hold services until June. They've "demonstrated that people can worship God in a safe, responsible, and cooperative way," their attorneys at Becket argue in the filing. "This has led to an exemplary safety record: thousands of masses, with zero known COVID outbreaks linked to the Mass. Yet as Christmas fast approaches, the District has imposed arbitrary 50-person caps on mass attendance -- even for masked, socially-distant services, and even when those services are held in churches that can in normal times host over a thousand people."

The 50-person cap is ridiculous, the diocese argues, when you consider that "public libraries, laundromats, retail stores, restaurants, tattoo parlors, nail salons, fitness centers, and many other establishments" are only limited based on their capacity. That's a slap in the face of local churches, they argue, especially when there are more than 650,000 D.C.-area Catholics who "at the end of this most difficult year -- now face the chilling prospect of being told that there is no room for them at the church this Christmas."

"We here in the Archdiocese of Washington have received no [COVID] cases -- at least none that we know of, where people are infected for attending church... We just think we should not be treated any differently and certainly not unfairly in comparison to other public places for attendance, Archbishop of Washington Cardinal Wilton Gregory insisted.

A federal judge has already put Mayor Bowser in her place once for these attacks on religious freedom. Her decision to stop Capitol Hill Baptist Church from meeting outside was a huge injustice to the local congregation -- one that led Trump-appointee Trevor McFadden to quote Hebrews 10:25. "It is for the church, not the District or this court, to define for itself the meaning of 'not forsaking the assembling of ourselves together,'" he insisted. Now that the Supreme Court has spoken to the matter, the ripple effect is only getting bigger. Let's hope that includes the nation's capital, where the Constitution's freedoms should have a safe and permanent home.

'Duty Is Ours, Results Are God's'
NEXT

Giving Credit Where Credit Is Perdue