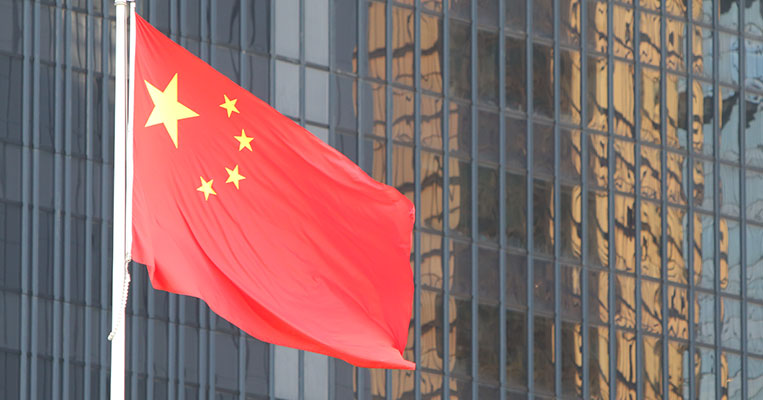 The Chinese Consulate in Houston was instructed to close by U.S. officials on Tuesday, and its employees have 72 hours to leave. While the details remain unknown, State Department spokeswoman Morgan Ortagus said China "has engaged for years in massive illegal spying and influence operations throughout the United States against U.S. government officials and American citizens." As if to prove their guilt, Chinese consulate workers appeared to burn documents in the courtyard of the compound later that evening, prompting nearby residents to call the fire department.

China's network of spies and influence operations in the U.S. is a long-standing issue. But old-fashioned espionage isn't the only way China spies. China uses advanced facial recognition technology, phone apps, biodata collection, and other tools to spy on its own people every day. Once it's gathered this information, the Chinese government often uses it to track, control, and suppress religious believers. In a hearing today, the U.S. Commission on International Religious Freedom (USCIRF) set out to explore exactly that.

Hundreds of millions of surveillance cameras are positioned across China. Uyghur Muslims and Tibetan Buddhists are particular targets as facial recognition technology can single out their ethnicity, enabling discrimination and extra monitoring by authorities. UCIRF Vice Chair and Family Research Council President Tony Perkins described the everyday threat surveillance technology also poses to Christians in China: "Authorities even installed cameras on the pulpits of churches and other houses of worship, allowing the Party to identify and monitor anyone who attends services."

To the Chinese government, surveillance and intimidation is a powerful tool to control what religious believers say, where they go, and what they do. And Chinese residents know what the cost may be for offending authorities. Lobsang Gyatso Sither, a witness at USCIRF's hearing, recalled the story of a Tibetan man who was arrested and imprisoned for sharing a social media post which featured the Dalai Lama. Tibet has long been oppressed by the Chinese government, and technology has been used to erase Tibet's unique religious and cultural heritage. Government censors are quick to remove any video featuring the Tibetan language and culture that surfaces online.

Sheena Greitens, a professor at the University of Texas, told USCIRF that China's "current leadership has embraced a much more aggressive version of social control." Authorities have described Chinese dissidents as a "virus" or "political tumor." Such rhetoric implies the Chinese government considers freedom of thought and freedom of religion to be a threat to their vision for society -- one they won't hesitate to crush. Ultimately, Greitens argues, the Chinese government treats its beliefs and interests as if they supersede the rights and personal beliefs of individuals.

But China is not satisfied with using advanced technology with their own citizens. They are also looking to export it abroad. At the same time, American technology companies are at risk of unknowingly selling technology to entities which may use them in human rights violations.

China's religious freedom and human rights abuses are not new, but the technology they are using to commit such abuses are rapidly evolving and creating more ways to oppress their people. Moving forward, policymakers should consider ways to address these issues with the support of other countries. No technology company should profit from human rights violations and we should counter the use of technology for nefarious ends wherever it may occur.

Trump Vows to Fight Fires with Fire
NEXT