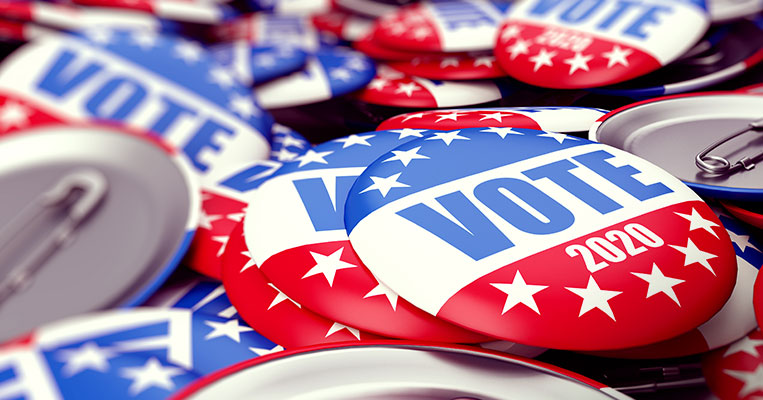 There are a lot better ways to spend a Friday night than watching Democrats fight over who hates Donald Trump more. And Americans must have agreed, tuning in at about a quarter of the rate they did early on in the debates. But for the seven million viewers who picked the candidates over MacGyver, there were some important (if unsurprising) moments. New York magazine's headline writer must not have been on the beat long, noting, "Democrats Finally Get Around to Talking about Abortion." Funny, I didn't realize they'd stopped.

If there's one thing Donald Trump's competition hasn't been shy about mentioning, it's their abortion extremism. Down to the last second of birth (and after), the candidates' sworn allegiance to the industry hasn't exactly been a secret until now. Still, Friday night's event did officially put the Democrats on the map as the most radical yet. From vowing to make Roe v. Wade permanent law to pledging to only nominate pro-abortion judges, the seven people on the stage didn't even pretend to be moderate where innocent unborn lives are concerned.

Even Pete Buttigieg, who's desperately trying to convince America he's a "moderate," let the mask slip last week -- first, when he couldn't bring himself to oppose infanticide on "The View," and then Friday when he agreed that judges would have to be pro-abortion to even be considered for the courts. Obviously, his message to pro-life Democrats (like Senator Bernie Sanders's, I-Vt.) is simple: Get out. When Democrats for Life's Kristen Day asked the former South Bend Mayor if he wanted the backing of the party's 21 million pro-lifers, he replied that he wasn't going to earn their support by "tricking" them. "I am pro-choice. And I believe that a woman ought to be able to make that decision."

Senator Sanders, who's proven to be Buttigieg's closest competition in these first few primaries, was much more blunt on Saturday. "Is there such a thing as a pro-life Democrat, in your vision of the party?" MSNBC's Stephanie Ruhle asked him at a presidential forum. "I think being pro-choice is an absolutely essential part of being a Democrat," he insisted.

On social media, the backlash was almost instantaneous. "Pretty rich for a political Independent to tell millions of Democrats we don't qualify," Pro-life Democrats for America hit back. Princeton professor Robbie George couldn't believe it. "Here's Bernie Sanders officially excommunicating pro-life Democrats, he tweeted "So: if you're pro-life you are unacceptable, unwanted, an intruder. Time to go elsewhere."

The other candidates had equally unwelcoming messages for the 29 percent of Democrats who consider themselves pro-life. "We all have the litmus test. Everybody on this row feels exactly the same way about a woman's right to choose," businessman Tom Steyer said. When it comes to stacking the courts, Vice President Joe Biden agreed: "A litmus test on abortion relates to the fundamental values of the Constitution." Coming from Biden, a man who, until last year, agreed that Americans shouldn't have to pay for abortion, any reasonable pretense on the issue is as good as gone.

For the rest of the field, there was never much doubt how far outside the mainstream the candidates were. As CNS News points out, "Of the five sitting lawmakers still in the 2020 Democratic presidential race -- Sanders, Warren, Sens. Amy Klobuchar (D-Minn.) and Michael Bennet (D-Colo.), and Rep. Tulsi Gabbard (D-Hawaii) -- all earned 100 percent scores from NARAL Pro-Choice America in 2018."

Unfortunately for Democrats, not a whole lot of voters agree with them. Only eight percent of Americans support the Democrats' late-term abortion platform, according to the Harvard Center. And the voters on their birth day abortion wagon are even more dismal: six percent. There's a consensus all right -- but it's not for abortion.

The numbers from Marist are even more frightening from the DNC's perspective. Their 2019 poll found that 75 percent of Americans favor substantial restrictions on abortion, including 60 percent of Democrats and 61 percent of those who identify as "pro-choice." Women, who've been exploited by the Democratic Party for years, feel even more strongly -- a reality even Democratic pollsters admit. So when Senator Bernie Sanders (I-Vt.) says that "If there's ever a time in American history where the men of this country must stand with women," he's right. But, like the rest of his movement, he's dead wrong on what that stand should be.

Fifth Third Time's a Charm on Choice
NEXT