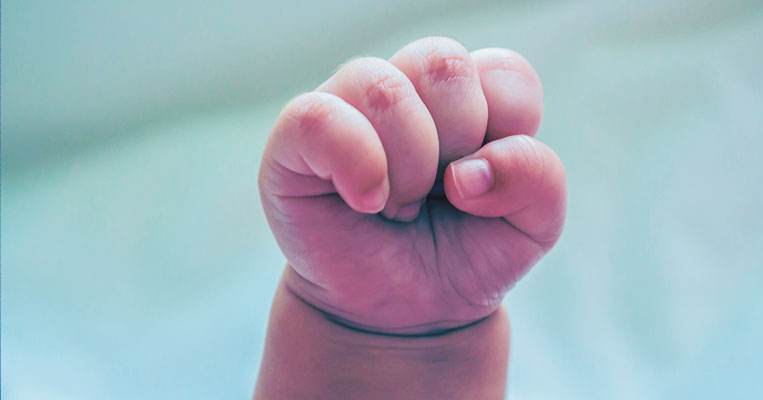 On Infanticide, Dems Use Scarce Tactics

You never happened. Imagine sitting down to that headline if you're Melissa Ohden, Gianna Jessen, or one of a thousand other victims the media says don't exist. Vox even put the phrase "abortion survivors" in scare quotes, as if the punctuation would help convince America the documented cases aren't real. Of course, there's a reason Democrats are desperate for people to believe this is a "fake issue." They're hoping the country will ignore their inhumanity. It isn't, and we haven't.

"Senate Republicans want to protect babies 'born alive' after an abortion," Vice scoffed. "That doesn't happen." Writing for the site, Carter Sherman goes on to argue that pro-lifers are somehow conflating infanticide with "end-of-life care." But "end-of-life care" that ends in death isn't care at all -- a fact that isn't lost on most reasonable people. And if the end of life is at its start, then let's not fool ourselves. We're talking about infanticide, not "letting the infant pass naturally," as Vice so blithely puts it.

At one point, Sherman, realizing the facts are bound to catch up with him, admits there are, "exceedingly rare situations where infants show signs of life after attempted abortions." So we've gone from "that doesn't happen" to "the casualties are too few to worry about." He points to the 143 born-alive deaths listed in the CDC's report with a shrug, never mentioning that these only are the numbers from six U.S. states. The government couldn't factor in the other 44, like Virginia, where infanticide is common enough that Governor Ralph Northam (D) referred to it as "comfort care."

But the reality is, it shouldn't matter how many babies were left to die. Rareness doesn't equal rightness. Terrorism doesn't happen every day either. Does that mean we leave the country completely unprotected? Absolutely not. A life is a life. If taking an innocent life is wrong, then it's wrong every time.

Tell that to the 2020 candidates. With the exception of Donald Trump, not one person vying for the job is willing to admit that walking away from a table, while a baby struggles for life, is wrong. "I respect where you're coming from," former Mayor Pete Buttigieg said, "and I hope to earn your vote, but I'm not going to try to earn your vote by tricking you." Buttigieg said. "I am pro-choice. And I believe that a woman ought to be able to make that decision." By "that decision," the Indianapolis Star points out, he means any decision.

As "the moderate," James Briggs writes to his fellow Hoosiers, "You might expect such a candidate to have staked out some sort of middle ground on abortion, Buttigieg has not -- and his position reveals why many people who are otherwise open to voting for Democrats find the party so hostile to their values that they are sticking with President Donald Trump despite many reservations."

Even Senator Amy Klobuchar (D-Minn.), who's only being considered a moderate because she's not a socialist, couldn't bring herself to say that an infant who's born alive deserves the same care as a wanted baby. She's already voted once to make infanticide the new "choice." Yet, despite all of her support for late-term abortion, birth day abortion, and taxpayer-funded abortion, she tells pro-lifers they're welcome to join the party. Welcome to be ignored, maybe.

As for Buttigieg, his closing argument to primary voters in Nevada is the promise of free abortions. His health care plan, he argued, "support, reimburse, and fund" abortion. But the idea, Slate has warned, isn't as popular as Democrats think. The majority of Americans (54 percent to 39 percent) don't think taxpayers should be financing the killing of innocent children. Obviously, Briggs warns, the Democratic Party has stopped listening to voters' sincere concerns, "as evidenced by Buttigieg's unwillingness to bend even rhetorically toward the right."

That's bad news for a party whose November hopes are entirely dependent on the undecided middle. "It's not hard to find people who both oppose abortion and are dissatisfied with Trump's performance as president," Briggs agrees. "But if Buttigieg's position on abortion is indicative of the choices conservatives will face in November, it might be hard for Democrats to win any of them."

Richard Dawkins Reminds Us: Worldviews Have Consequences
NEXT

Persecutors All over the Map, Christians Warn