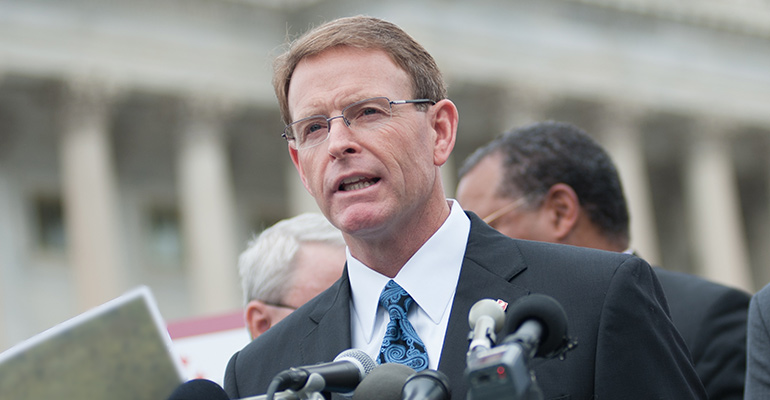 The world's worst actors got away with an awful lot when Barack Obama was president. When tyrants across Syria, Iraq, Nigeria, and other countries started sensing the White House's indifference toward religious persecution, they exploited it. Little by little, they let their deep hatred for certain faiths turn violent. As time passed, and they grew more confident that the United States government wouldn't intervene, their attacks became bolder, more ferocious. Innocent men, women, and children were gunned down, beheaded, raped, tortured, or chased from their homes simply because of who they were and what they believed. It was like a disease that America's silence left to fester.

It's going to take time for President Trump to undo the damage done by the Obama administration's indifference. In the vacuum of American leadership, persecution exploded through some of the darkest corners on earth. Thousands of people paid for our indifference with their lives. Fortunately, this White House is in the process of making sure that never happens again.

Both Secretary Mike Pompeo and Ambassador at Large for Religious Freedom Sam Brownback hit the ground running, transforming the culture of the State Department almost overnight. Now, seemingly minor crises to the Obama administration are getting the U.S. government's full attention. Just yesterday, State Department spokeswoman Heather Nauert called China on the carpet for cracking down on a memorial service for earthquake victims from 2008. "The police took away dozens of people who arrived for the planned service on Saturday morning, and they used trucks to remove publications belonging to the church, indicating that a broader move was underway against the congregation," the New York Times reported. Pastors were arrested; others were hauled in for questioning.

"We call on China to uphold its international commitments to promote respect for religious freedom for all persons," Nauert said forcefully. Earlier in the week, Pompeo's agency fired another warning shot -- this time to Yemen, whose radicals have vowed, "We will butcher every Baha'i," a cry echoed by a large number of the country's armed extremists. In that case, too, the State Department let the world know it was watching. "We call on the Houthis to end their unacceptable treatment of Baha'is and call on them to allow the Baha'i community to practice their religion without fear of intimidation or reprisals."

To the relief of so many persecuted people of different faiths around the globe, America is regaining its voice on international religious liberty. FRC couldn't be happier to see the Trump administration place a greater priority on this issue than most administrations. And this week, we're proud to announce that I'll be taking an active role in that effort. On Monday, thanks to the president and Senate Majority Leader Mitch McConnell (R-Ky.), I was officially appointed to the U.S. Commission on International Religious Freedom (USCIRF). The Commission, which came about as part of the 1998 International Religious Freedom Act, is tasked with tracking religious freedom violations and making policy recommendations to the president, secretary of state, and Congress. Most people are familiar with USCIRF because of the annual "watch list" it puts together on countries that pose a particular threat to people of faith.

For FRC, this appointment is a recognition of the significant work we've done on religious liberty nationally and internationally. From testifying before Congress to fighting for the release of Afghan Christian Abdul Rahman and Sudan's Meriam Ibrahim, it has been our honor to bring worldwide attention to the plight of the persecuted. My term at USCIRF will last two years, and I'll continue to serve as FRC's president during that time.

In the meantime, I'm grateful to Majority Leader McConnell for appointing me to such a prestigious position, and I look forward to doing all I can to ensure that our government is the single biggest defender of religious freedom internationally. One immediate step we can take in this regard is to make sure that the Frank R. Wolf International Religious Freedom Act is fully and properly implemented.

I also look forward to working with willing partners among those nations on USCIRF's list of "Countries of Particular Concern" to substantively address religious freedom concerns -- even at the grassroots level -- and assist them in taking the actions necessary to be removed from the list. It's my hope that through the work of USCIRF, the world will become one step closer to recognizing the vital role religious freedom and the defense of religious minorities play in peace, security, and human flourishing.

For more on the announcement and what I'll be doing, check out these stories in CBN, the Daily Caller, and Religion News Service.