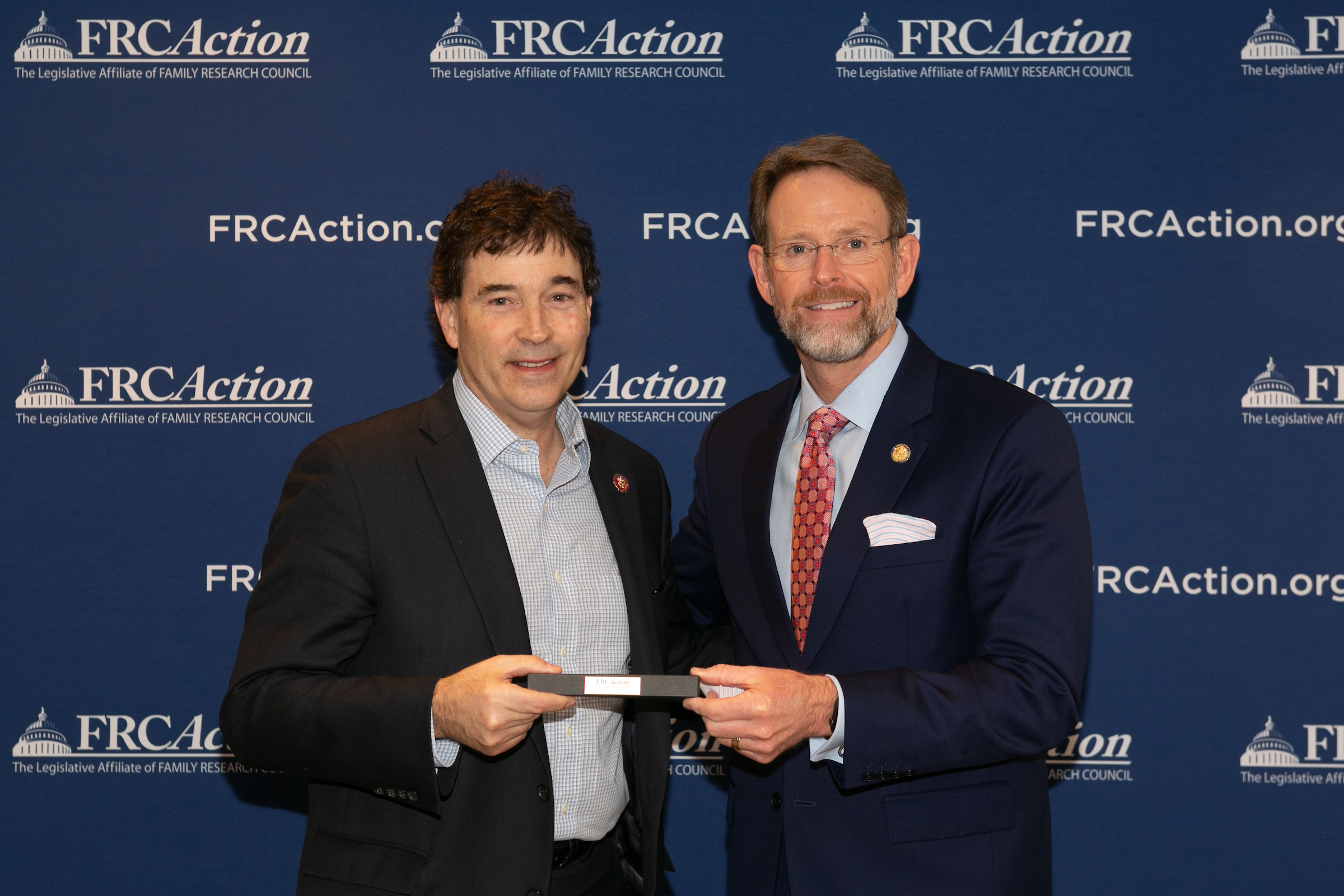 WASHINGTON, D.C. -- Family Research Council (FRC) Action recently released its annual scorecard for the Second Session of the 115th Congress. U.S. Rep. Balderson (R-OH-12) is among a new record of 276 Members of Congress who scored a perfect 100 percent for votes cast last year and received a "True Blue" award. On February 28 he was presented with FRC Action's "True Blue" award for displaying unwavering commitment and consistent support of faith, family, and freedom.

"We thank Rep. Balderson for voting to defend and advance faith, family, and freedom. As a 'True Blue Member' he voted 100% on FRC Action's Scorecard including to protect babies who are born alive after a failed abortion, help hard-working families set aside funds for an unborn child’s future education, and defund the individual mandate in D.C.

"Rep. Balderson deserves praise for his unwavering commitment to stand for life, family, marriage, and religious liberty. Ohioans should be encouraged to know that they have a Member of Congress such as Rep. Balderson who has come alongside other members and our president to begin the work of rebuilding our nation, and protecting the very values that made America great," concluded Perkins.

“As a Member of Congress, one of my most meaningful responsibilities is standing up for those who can’t stand up for themselves. Protections for the unborn and newborns are critical to preserving the sanctity of life’s most precious gift—life itself. I’m honored to receive Family Research Council Action’s True Blue Award, and I will continue to stand up for Americans’ right to life.”