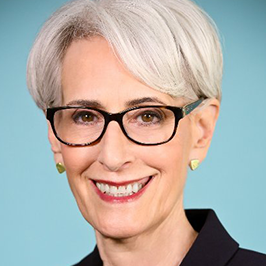 Wendy Sherman has been a long-time public servant, having served in several high-level positions in the State Department. Prior to her work in the State Department, she served in the pro-abortion group Emily’s List, working to help it develop its national profile. In recent years, she has been a professor at Harvard University and will now serve as the second-in-command at the Department. Sherman was confirmed on April 16, 2021 by a vote of 56-42.