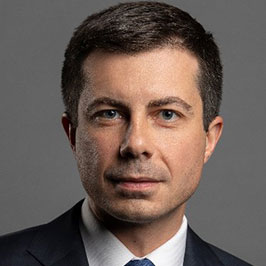 Buttigieg, a former Democratic candidate for president, was previously Mayor of South Bend, Indiana from 2012-2020. A former reservist in the U.S. Navy, Buttigieg has a record of fighting for anti-life and anti-family policies. Buttigieg was confirmed as the Secretary of Transportation on February 2, 2021 by a vote of 86-13.